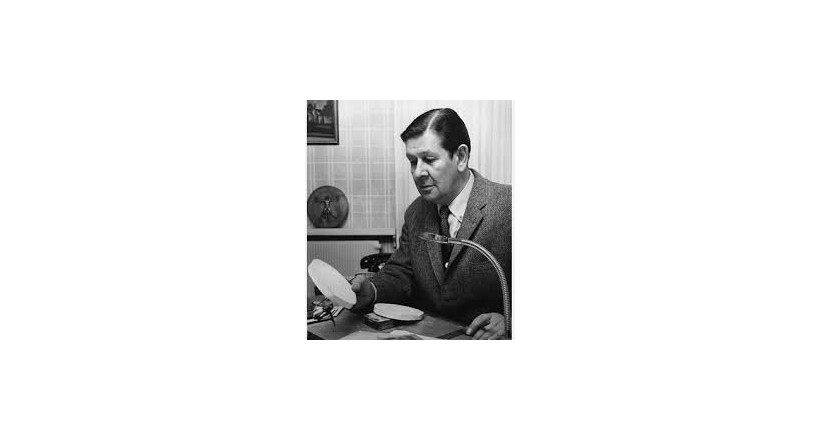 He began his career as a painter, studying at the Central School of Arts and Crafts. During World War II he served in the Directorate of Camouflage, working for the Air Ministry in Leamington Spa.

After the war he worked for the Ministry of Town and Country Planning, as Education Officer for the Council of Industrial Design, but gave up the post in 1948 due to increasing design commissions. His subsequent known work included: 1951 design contributions to the Festival of Britain, South Bank Exhibition; 1952 ballet stage and costume design with his brother for Sylvia, the revival production choreographed by Sir Frederick Ashton, first choreographed by Louis Merante to music by Leo Delibes in 1876; 1953 design for Pall Mall for the coronation of Elizabeth II; 1964 he collaborated with his brother Robin on the Shakespeare commemoration issue of stamps and first day covers. He taught part-time at the Royal College of Art from 1953 to 1963. His paintings were exhibited at two main shows, shared with his elder brother Robin, at the Redfern Gallery in 1944 and at Arthur Jeffress in 1960. He received an OBE in 1971.

Ironside designed various coins for the Royal Mint, including the reverse of the pre-2008 British 50 pence, ten pence, five pence, two pence, and one penny coins, as well as the former half penny coin. He designed coins for the Isle of Man, Singapore, Tanzania, Brunei, Qatar and Dubai. He designed commemorative medallions including: the Britannia Commemorative Society's Medallion No.7 "The Spanish Armada" and No.42 "The Royal Navy"; the medal for the 1974 Centenary of Sir Winston Churchill's birth "This was Their Finest Hour"; the brass relief memorial for the Earl and Countess Mountbatten in Westminster Abbey; and, the brass relief for the 16th Duke of Norfolk in Arundel Castle (Fitzalan Chapel).

In 2013 the Royal Mint issued a 50 pence coin with one of his designs on the reverse to commemorate the 100th anniversary of his birth.

His collection of earlier concept sketches, plaster moulds and submission entries for the decimalisation competition are now housed in the British Museum.