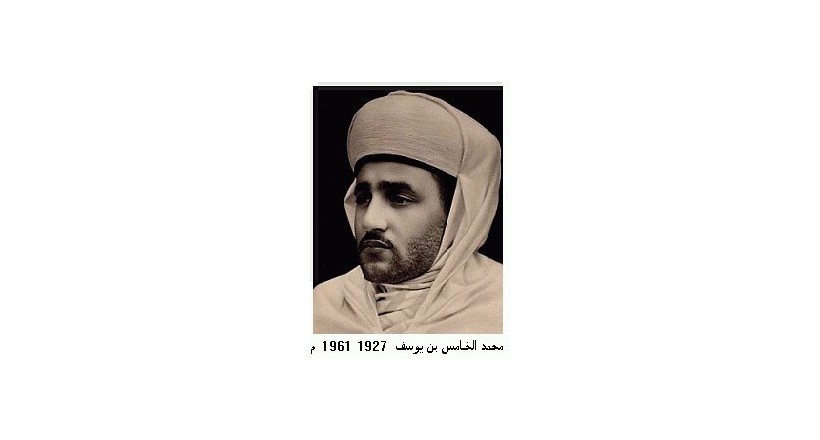 Muhammad V bin Yusef bin Al Hassan bin Muhammad bin Abdul Rahman bin Hisham bin Muhammad bin Abdullah bin Ismail bin Ismail bin Sharif bin Ali Al Alawi was born ( 1327 AH / 10 August 1909 AD ) at the Royal Palace in Fez died ( 1381 AH / February 26, 1961 CE) In Fez) he succeeded his father, Sultan Moulay Yusuf, who died early on Thursday, 22 Jumada al-Awal, 1346 AH, approved November 17, 1927 AD. So his son Sidi Muhammad sold power to Morocco the next day after Friday prayers, 23 Jumada I in 1346 AH approved November 18, 1927 AD in Royal Palace of Fez  and the Sultan of Morocco was still removed in the year 1957 AD , from which he spent the exile between ( 1953-1955 ), then he took the title of King in 1957 AD and he remains As a king until his death in 1961 AD , Sultan Mehmed V supported the struggles of the Moroccan national movement demanding independence , which led him to clash with the protection powers . The result was his exile in Madagascar by the protection authorities. As a result, demonstrations erupted demanding his return to his homeland. Faced with the intensification of the demonstrations, the French authorities accepted to return the sultan to his throne on November 16, 1955 . A few months later, Morocco's independence was declared. King Muhammad V was joking: Abu Abdullah