Coat of arms of Syria 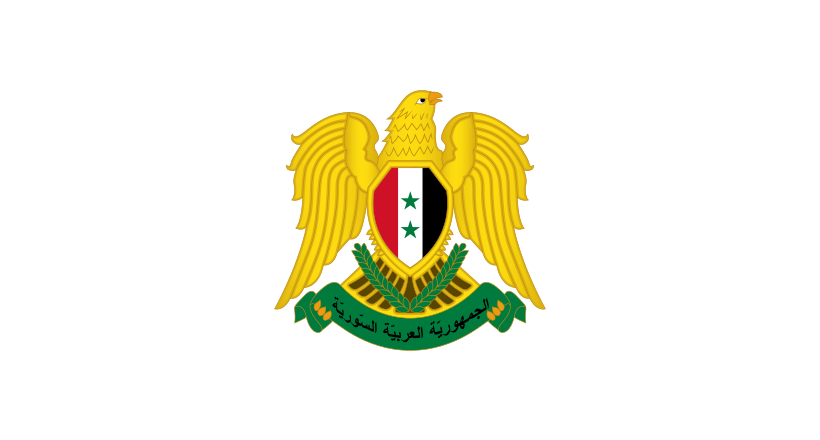 The emblem of the Syrian Arab Republic is a golden eagle in the middle of it, an Arab shield inscribed with the official flag , in addition to the presence of two spikes of wheat symbolizing fertility and life, and the punishment holds its claws written on it in the Kufic script "Syrian Arab Republic". This slogan was adopted by Law No. 37 of June 21, 1980 after its approval by the People's Assembly on June 17, 1980 and published in the Official Gazette No. 26 of 1980