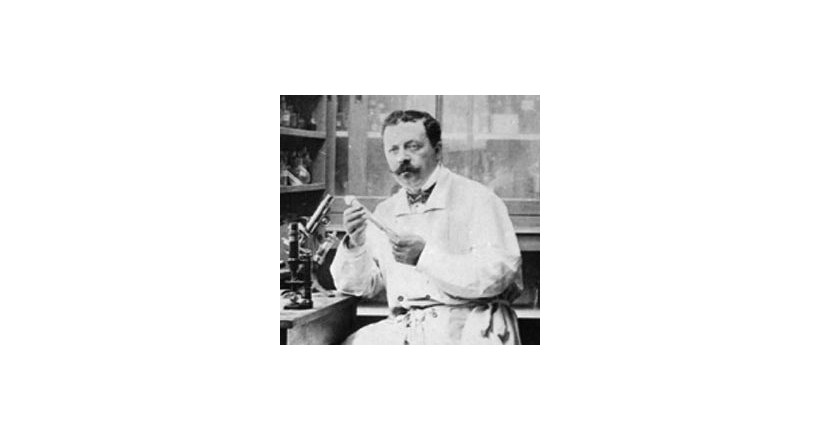 Jean Marie Marcel Mérieux was born at 22, rue Godefroy in the 6 th  district of Lyon. At his birth, his father was a 35-year-old merchant, François Meyrieux, and his wife was named Pierrette Moreau, 26 years old 1 .

One of the first students of the Lyon School of Chemistry , known today as CPE Lyon, where he has Jules Raulin for master and Victor Grignard for classmate, he is doing a thesis on the dyes used for the recognition of microbes . In 1894, he chose to enter as a preparer at the Institut Pasteur in Paris where he became the personal assistant of Émile Roux . He manipulates microorganisms like the bacillus of the plague discovered by Alexandre Yersin and fights constantly against the lack of asepsis in the medical environment.

Having failed to create a medical analysis laboratory in Paris, Marcel Mérieux is trying to produce, on the site of a dye factory in the Vaise district of Lyon, the antistreptococcal serum used to fight puerperal fever but without success in terms of commercial operation. Then, in 1897, he founded the Marcel-Mérieux Biological Institute in the same city, which he installed in a private mansion built by his brother, rue Childebert. This institute is today called Sanofi Pasteur and belongs to the pharmaceutical group Sanofi-Aventis .