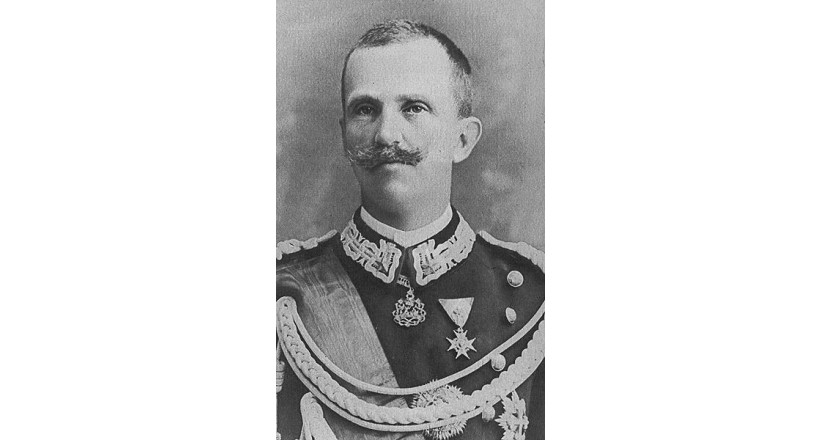 Victor Emmanuel III (in Italian : Vittorio Emanuele III), the last king of the Kingdom of Italy , the son of King Umberto I and father of King Umberto II , born on November 11, 1869 , in the city of Naples in Italy and died on December 28, 1947 in Alexandria in Egypt and buried there and then his body was returned Seventy years later, to Italy for burial in the Italian city of Vicoforte in December 2017.Victor grew up in a family environment and grew up on military education and a strict belief, was his teacher Egidio Osio, who made the monarch the model of the Prussian king in arms. Victor Emmanuel, who grew up far away from the family’s suffering as he was allowed to eat meals with his parents only twice a week, matured over time, and enjoyed thought and curiosity, Victor hesitated at the prestigious military school from Naples . He usually attended the opening sessions of the academy, as well as other scientific societies