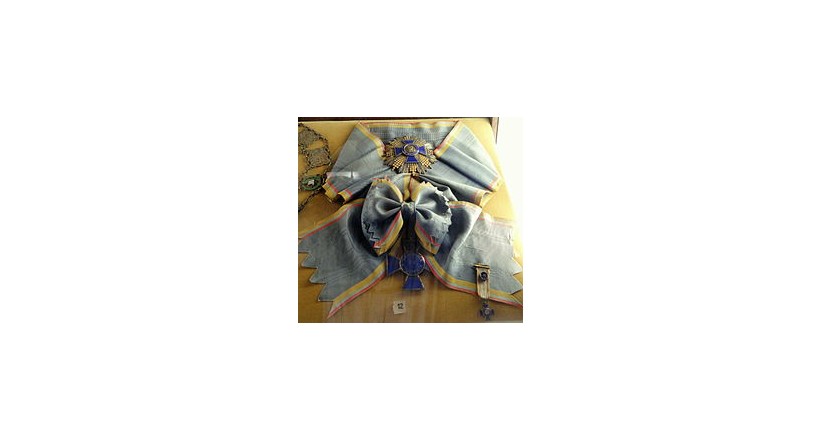 The Order of Boyacá (Spanish: Orden de Boyacá) is the highest peacetime decoration of Colombia. The order is awarded for exceptional service to distinguished Colombian military officers and civilians as well as foreign citizens of friendly nations. Established in 1922, the Order of Boyacá traces its origin to a Cruz de Boyacá that was awarded to the generals who led their forces to victory in the Battle of Boyaca in 1819. Reestablished in 1919 as an award for military personnel the order has undergone revisions and expansions into its current form, with the biggest change happening in 1922 where civilians became eligible to be awarded the Order of Boyaca.