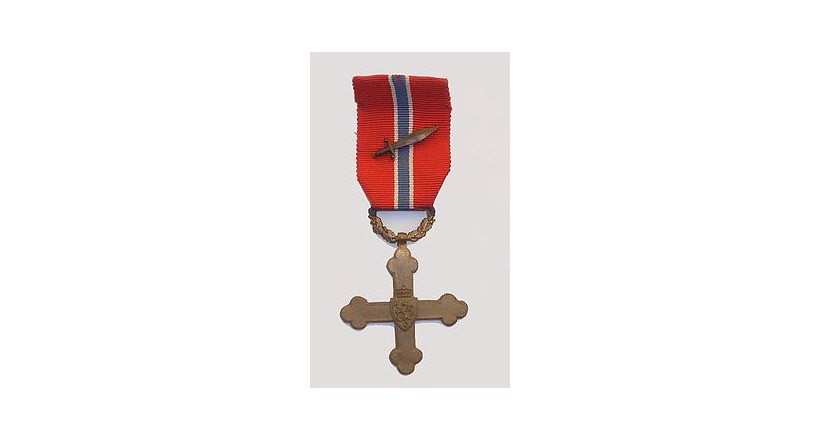 The War Cross with Sword (Norwegian Bokmål: Krigskorset med Sverd, Norwegian Nynorsk: Krigskrossen med Sverd) is the highest ranking Norwegian gallantry decoration. It is awarded for extraordinary brave actions or extraordinary leadership during combat. A recipient deemed worthy of additional citations will receive up to an additional two swords on the medal ribbon in addition to the "standard" single sword. Additional citations are rare: Gunnar Sønsteby is the only person to have received the War Cross with three swords (more appropriately known as "War Cross with sword and two swords").

The medal was established on 23 May 1941 by royal resolution of King Haakon VII, who was in London with the government in exile due to the German occupation of Norway. At that time, "royal" awards were made (to members of the British Royal family for example) and awards could be made for meritorious activities not associated with combat (extraordinary achievements or contributions for Norway's cause and war effort): these were made without the sword. The statutes were amended on 18 May 1945, restricting awards to the actions of military personnel in combat situations, thus all subsequent decorations would to be "with sword".At the same time, Haakon VII's Freedom Cross was established to replace the War Cross for civilian achievements.

Awards of the War Cross ceased in 1949, but on 26 June 2009 the statutes were again revised to permit awards for actions after 1945