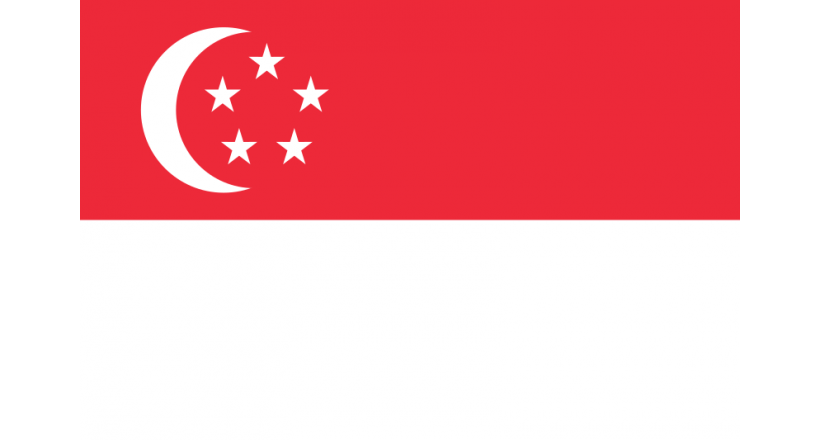 the Republic of Singapore, is a sovereign island city-state in Southeast Asia. The country is situated one degree (137 kilometres or 85 miles) north of the equator, at the southern tip of the Malay Peninsula, with Indonesia's Riau Islands to the south and Peninsular Malaysia to the north. Singapore's territory consists of one main island along with 62 other islets. Since independence, extensive land reclamation has increased its total size by 23% (130 square kilometres or 50 square miles).

Although its history stretches back millennia, modern Singapore was founded in 1819 by Sir Stamford Raffles as a trading post of the British East India Company. After the Company's collapse in 1858, the islands came under direct British control as a crown colony known as the Straits Settlements. During the Second World War, Singapore was occupied by Japan, after which Britain occupied it again. Singapore gained independence from the British Empire in 1963 by joining Malaysia along with Sabah and Sarawak, but separated two years later over ideological differences, becoming a fully sovereign state in 1965. After early years of turbulence and despite lacking natural resources and a hinterland, the nation developed rapidly as an Asian Tiger economy, based on external trade and its workforce.

The city-state is classified as an Alpha+ global city, indicating its influence on the global economy. Singapore is the only country in Asia with an AAA sovereign rating from all major rating agencies, and one of 11 worldwide. Singapore is a highly developed country and is ranked 9th on the UN Human Development Index, the highest in Asia for a sovereign state, with the 7th highest GDP per capita in the world. It was ranked the most expensive city to live in from 2013 to 2019 by the Economist. It is identified as a tax haven. Singapore is placed highly in key social indicators: education, healthcare, quality of life, personal safety and housing, with a home-ownership rate of 90%. Singaporeans enjoy one of the world's longest life expectancy and one of the lowest infant mortality rates in the world.As of 2019, Singaporean citizens had visa-free or visa-on-arrival access to 189 countries and territories, ranking the Singaporean passport 1st in the world, tied with Japan