Medal For Distinction in Military Service 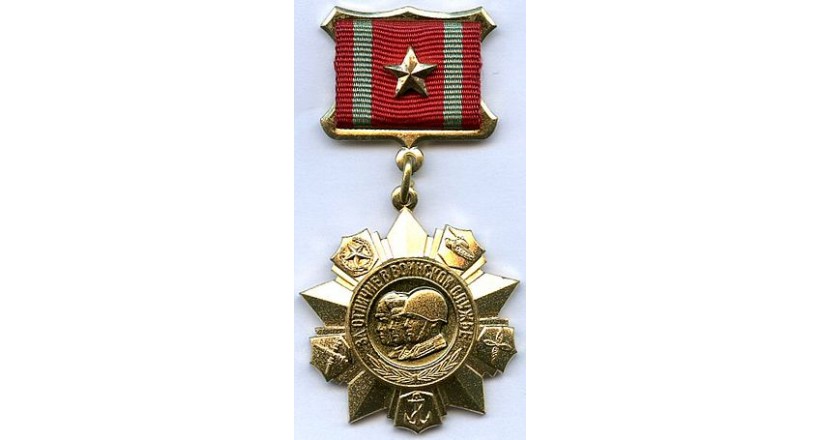 The Medal "For Distinction in Military Service" (Russian: Медаль «За отличие в воинской службе») was a military decoration awarded in two classes by the Soviet Union and later by the Russian Federation (until 1995), to deserving military personnel of the Ministry of Defense, of internal troops and of border troops of both the USSR and Russian Federation. It was gradually phased out following the dissolution of the USSR being replaced by various ministerial awards.

The award was one of the very few Soviet decorations to be retained "as is" following the dissolution of the USSR. This was confirmed by Decree of the Presidium of the Supreme Council of the Russian Federation № 2424-1 of March 2, 1992. It was last awarded in 1995 being replaced by various ministerial decorations such as the decoration "For Distinction in Service of Interior Troops of Russia" also awarded in two classes.