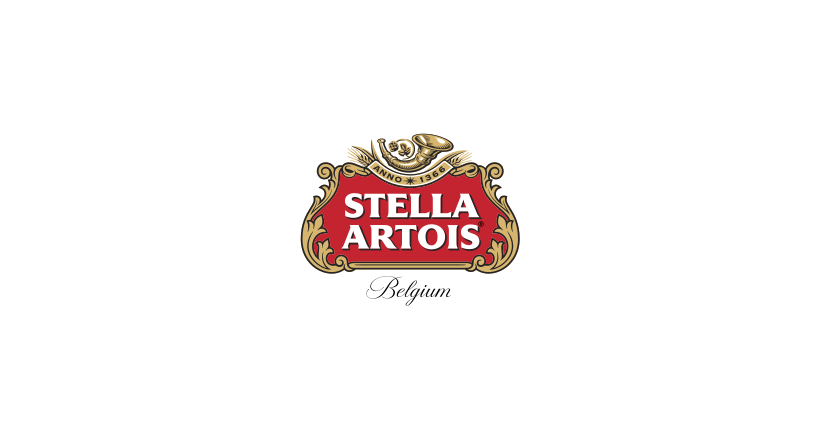 Stella Artois (/ˌstɛlə ɑːrˈtwɑː/ STEL-ə ar-TWAH) is a Belgian pilsnerof between 4.8 and 5.2 percent ABV which was first brewed by Brouwerij Artois (the Artois Brewery) in Leuven, Belgium, in 1926. Since 2008, a 4.8 percent ABV version has also been sold in Britain, Ireland and Canada. Stella Artois is now owned by Interbrew International B.V. which is a subsidiary of the world's largest brewer, Anheuser-Busch InBev SA/NV.

In 1708, Sébastien Artois became head brewer at the Den Hoorn brewery in Leuven, a brewery established in 1366. Artois purchased the brewery in 1717 and renamed it Brouwerij Artois.

In 1926, Brouwerij Artois launched Stella as a Christmas beer, named after the Christmas star. First sold in the winter season, it eventually became available year-round, with exports into the broad European market commencing in 1930 Production was halted for a period when Brouwerij Artois suspended operations during World War II. By 1960, about 100 million litres of Stella Artois were being produced annually. Whitbread began to brew it under contract in the United Kingdom (UK) in 1976

In 1988, Brouwerij Artois was a founding member in the merger creating Interbrew. That year, Taylorbrands founder David Taylor created a new package design, bottle design, and shape. The original 1926 bottle label inspired the design, which replaced a 1960s design. The design incorporates the horn symbol and the 1366 date of the original Den Hoorn brewery. The label also shows medals for excellence awarded to Brouwerij Artois at a number of trade exhibitions in Belgium in the 19th and 20th centuries. The name Stella Artois is held within a cartouche which was influenced by the style of Belgian architecture in Leuven