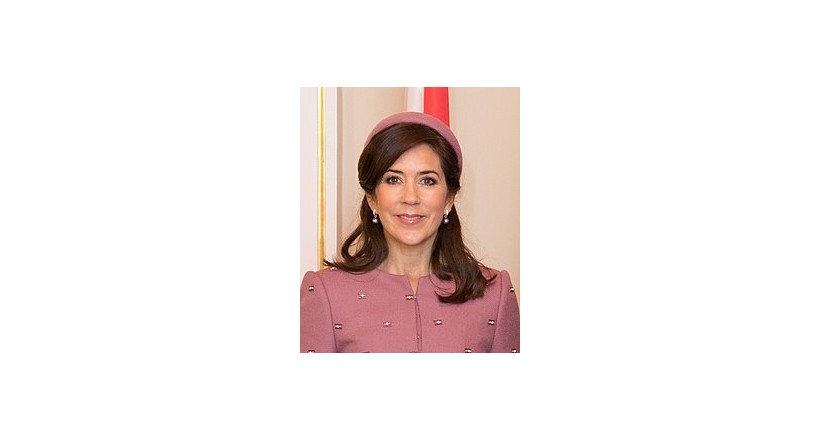 Mary, Crown Princess of Denmark, Countess of Monpezat, R.E. (Mary Elizabeth; née Donaldson; born 5 February 1972) is the wife of Frederik, Crown Prince of Denmark. Frederik is the heir apparent to the throne, which means that should Frederik succeed, she will automatically become Queen of Denmark.

The couple met at the Slip Inn, a pub in Sydney when the prince was visiting Australia during the 2000 Summer Olympics. Their official engagement in 2003 and their marriage the following year was the subject of extensive attention from Australian and European news media, which portrayed the marriage as a modern "fairytale" romance between a prince and a commoner.Mary Elizabeth Donaldson was born the youngest of four children to Scottish parents, Henrietta (née Horne), an executive assistant to the vice-chancellor of the University of Tasmania, and John Dalgleish Donaldson, a mathematics professor. Her paternal grandfather was Captain Peter Donaldson (1911–1978). She was named after her grandmothers, Mary Dalgleish and Elizabeth Gibson Melrose, and was born and raised in Hobart, Australia. During her childhood she was involved in sports and other extracurricular activities both at school and elsewhere. She studied music, playing piano, flute, and clarinet, also playing basketball and hockey. Her mother died on 20 November 1997. In 2001 her father married the British author and novelist Susan Horwood.