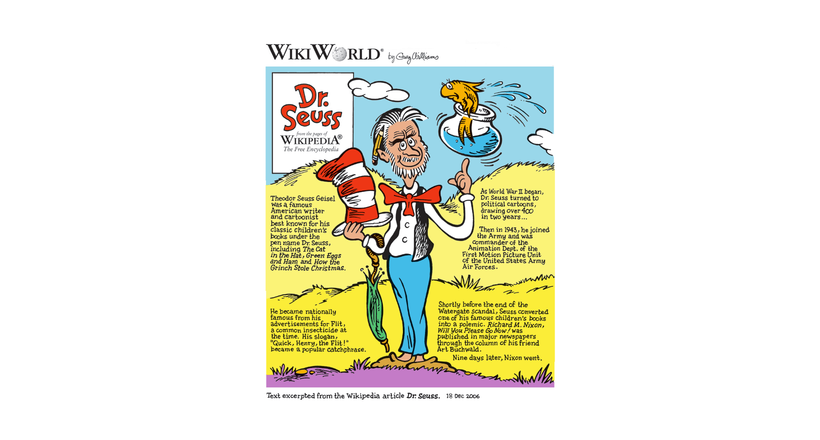 A cartoon is a type of illustration, possibly animated, typically in a non-realistic or semi-realistic style. The specific meaning has evolved over time, but the modern usage usually refers to either: an image or series of images intended for satire, caricature, or humor; or a motion picture that relies on a sequence of illustrations for its animation. Someone who creates cartoons in the first sense is called a cartoonist, and in the second sense they are usually called an animator.

The concept originated in the Middle Ages, and first described a preparatory drawing for a piece of art, such as a painting, fresco, tapestry, or stained glass window. In the 19th century, beginning in Punch magazine in 1843, cartoon came to refer – ironically at first – to humorous illustrations in magazines and newspapers. In the early 20th century, it began to refer to animated films which resembled print cartoons.

A cartoon (from Italian: cartone and Dutch: karton—words describing strong, heavy paper or pasteboard) is a full-size drawing made on sturdy paper as a study or modello for a painting, stained glass, or tapestry. Cartoons were typically used in the production of frescoes, to accurately link the component parts of the composition when painted on damp plaster over a series of days (giornate).

Such cartoons often have pinpricks along the outlines of the design so that a bag of soot patted or "pounced" over a cartoon, held against the wall, would leave black dots on the plaster ("pouncing"). Cartoons by painters, such as the Raphael Cartoons in London, and examples by Leonardo da Vinci, are highly prized in their own right. Tapestry cartoons, usually colored, were followed with the eye by the weavers on the loom