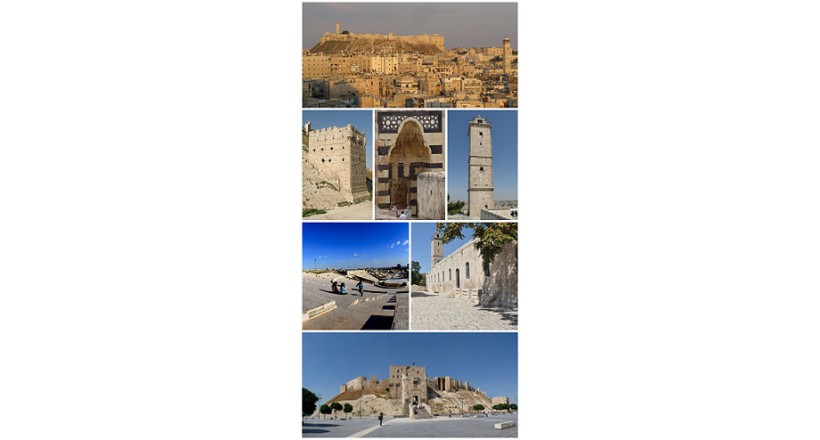 The Citadel of Aleppo is a medieval fortified palace. The Citadel of Aleppo is one of the oldest and largest castles in the world.The use of the hill on which the castle is located dates back to the third millennium BC , which was later occupied by many civilizations including the Greeks, Byzantines, Mamluks , and Ayyubids , while most of the current construction appears to date from the Ayyubid period . The Aga Khan Foundation for Culture and the Archaeological Society of Aleppo undertook extensive conservation in 2000. The castle is located in the center of the Old City which was inscribed by UNESCO on the World Heritage List in 1986.