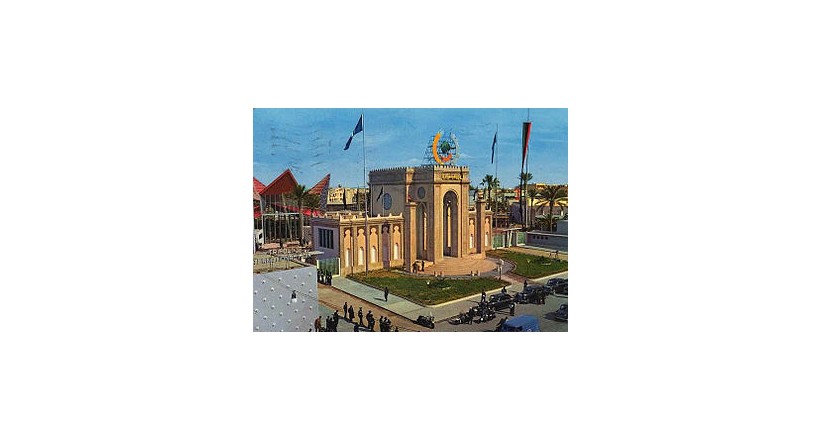 Tripoli International Fair in Tripoli , Libya . It is an international trade fair in which Libyan and foreign companies showcase their products in various activities and is held in April of each year in addition to the attendance of a number of ministers and trade figures for the exhibition events annually.

The Tripoli International Fair is the oldest trade fair in Africa and the Arab world, with the idea of ​​establishing it in 1926 to open its first edition in 1927 . Initially, the exhibition displayed agricultural products and manufactures from different regions of Italy , in addition to marketing hotels and establishments planned by Italy and colonized by Libya at the time. The construction of the exhibition was not in its current location in the city, which moved with the third session in 1929 and continued until the 13th session, where it stopped in 1939 just before the start of World War II .  returned to work in 1962, and in 1929 the exhibition joined the International Federation of Exhibitions, which was founded in Paris in 1925.

Tripoli International Fair is located at the intersection of Omar Al Mukhtar Street and Tareq Street. The exhibition building is one of the archaeological buildings in the city and was characterized by its large facade to the point of postage stamps, including a postage stamp issued in 1930 by Italy on the occasion of the fourth session of the Tripoli International Fair.  Currently the organizer of the exhibition is the General Authority for Exhibitions in Libya and the activities of the exhibition starts between ( 2-12 April ) each year. Approximately 1500 Libyan and international companies participated in the 2008 exhibition from different disciplines.