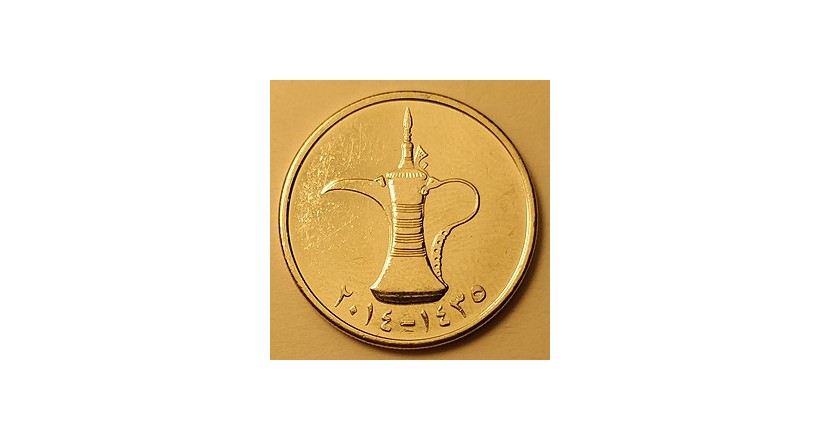 The dirham is the base unit of the UAE currency.The dirham consists of 100 fils issued by the UAE Central Bank.The UAE dirham is pegged to the US dollar at a price of AED 3.6725 per dollar.It is believed that the UAE will maintain the relationship with the dollar despite the downgrade of the US credit rating .

On May 19, 1973 , the Saudi Riyal was replaced by one Qatari and Dubai riyals and ten dirhams against the Bahraini Dinar . A total of 12.9 million dinars and 131 million riyals were exchanged for the exchange of 260 million dirhams in circulation. [2] The Arabian Gulf states represented in Kuwait , Bahrain , Qatar , Oman , and the Trucial States ( Abu Dhabi , Dubai , Sharjah , Ajman , Umm Al Quwain , Ras Al Khaimah , and Fujairah ) have been using Indian rupees since 1951. In 1959 they were replaced by what was known Gulf rupees, which were equal to the Indian rupee in value, shape and size and differ from it in color only. It was issued in a special arrangement between the Gulf emirates and the British government, which sponsored the interests of the emirates on the one hand and the Indian government on the other. It was agreed that the Reserve Bank of India would issue the new currency and the Gulf emirates would buy it in pounds sterling each according to the need of the currency for circulation between its people and the conduct of economic and living as well as if any government wants to return the rupee to the Reserve Bank of India, the bank to return the pound sterling without decrease In value.