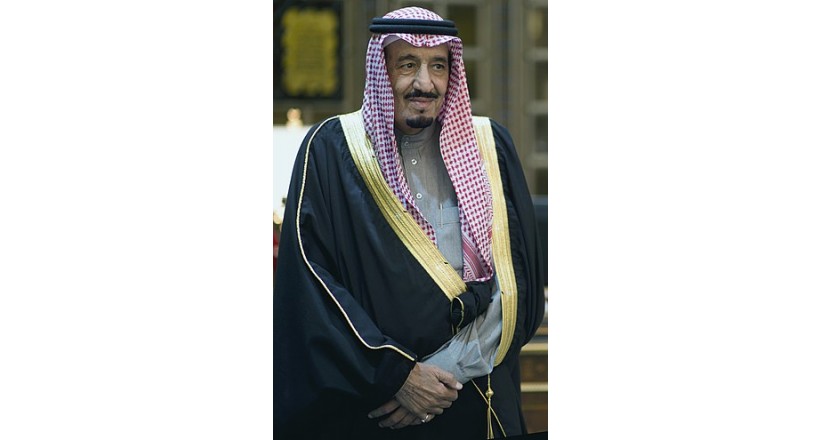 Salman bin Abdul Aziz bin Abdul Rahman Al Saud ( 5 Shawwal 1354 AH / 31 December 1935  ) is the seventh king of Saudi Arabia , Prime Minister and Supreme Commander of all military forces ,  and the twenty-fifth son of male sons The founding king Abdul Aziz bin Abdul Rahman Al Saud of his wife Princess Hessa bint Ahmed al-Sudairy . He is one of the most important pillars of the Saudi royal family .Salman was born on December 31, 1935 corresponding to 5 Shawwal 1354 AH . He was educated early in the school of princes in Riyadh, which was run by Abdullah Khayat imam and preacher of the Grand Mosque . Complete the Koran at the age of ten. He entered the political work on 11 Rajab 1373 AH ( 16 March 1954) when he was appointed Prince of Riyadh on behalf of his brother Prince Nayef bin Abdul Aziz  , and on 25 Sha'ban 1374 AH corresponding to 18 April 1955 he was appointed Prince of Riyadh Region  He remained in the Emirate of Riyadh region until 7 Rajab 1380 AH corresponding to 25 December 1960 when he resigned from his post  On February 4, 1963 , His Majesty King Saud bin Abdul Aziz issued a royal decree appointing him as Emir of Riyadh again