The oldest attempts to counterfeit currency 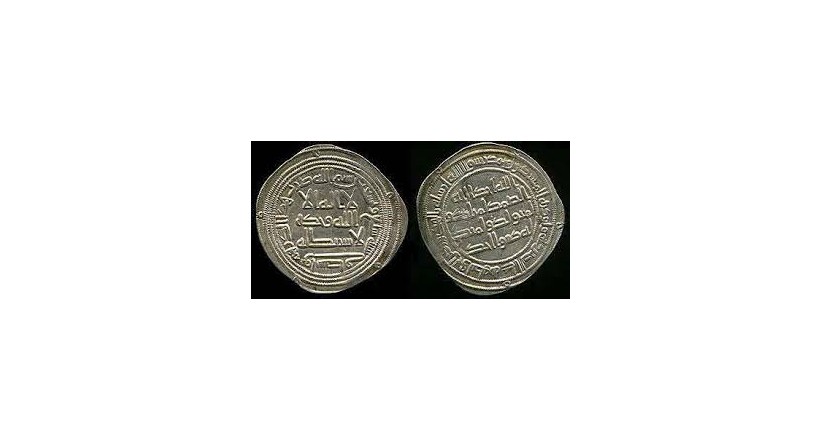 The oldest recorded counterfeit coin so far is a Dirham of the fourth category " tekrakhma " that dates back to 450 BC . It is coated with a layer of silver and is persevered in the Egyptian Museum in Cairo .

El-Maqrizy mentions that the first forger to counterfeit Islamic Dirhams was Abdullah Bin Ziad  the governor of Basra appointed by Caliph Muawya Ibn Yazid and this was after he had fled Basra in the year 64 AH/684 AD . The counterfeit Dirhams were Sasanid .

Ibn Iyas mentions in his account of the happenings of the year 911 AH that the Sultan learned that a Turkish man called sunbati used to mint Dirhams and Dinars so he ordered the arrest of the man and machinery for minting scrap coins ( counterfeit coins ) was found at his place . The counterfeit and the men assisting him were all punished by cutting of their hands .

Following the Ottoman invasion to Egypt the weight and caliber of the Ottoman coins were reduced and this encouraged some ' zughleya ' to counterfeit coins . Hence khayer Bek ( 923 – 928 AH ) decided to be tough and firm facing this phenomenon . On Saturday the 18th of Gamada El-Awal 928 AH he ordered that four counterfeiters be hanged and in the same year the Wali of Cairo ordered the hanging and pole execution of twenty four people in same day most of them were thieves and scarp counterfeits ( Zughleya ) .

El-Gabarty mentions  that the Sultan in 1203 AH / 1789 AD has decided to revoke the use of counterfeit currency and gold ellipse and that he ordered the bankers to cut the Silver Dirhams amalgamated with copper as well as the gold coins in case the Dinar weighed three carats less than the standard and to deliver those Dinars t the mint ( darbkhana ) at the broken gold price such that they get minted once more . However most of the people did not abide by those orders and kept on trading counterfeit because most of the gold coins were ellipse and had they sold them as broken gold they would have lost almost half of the value .

Mohamed Aly Pacha would sometimes punish Egyptian currency counterfeiters and those who traded currency at prices lower than the official indicated by the government by expelling them out of Egypt . This applied to both Egyptian and foreign counterfeiters who were given three months to leave the county .

It is worth noting that most of those who worked in counterfeiting currency used to be the very employers of the Mint ( darbkhana ) and the bankers who were mostly Jews . It is even more surprising to know that the activity was carried out  inside the official Mint the mint that was condemned with counterfeit or proved to mint coins that do not follow the caliber of the ' darbkhana ' of Istanbul would get shut down . this later was once the case with Egypt's Mint and it was shut down for sometime in 1205 AH / 1791 AD .