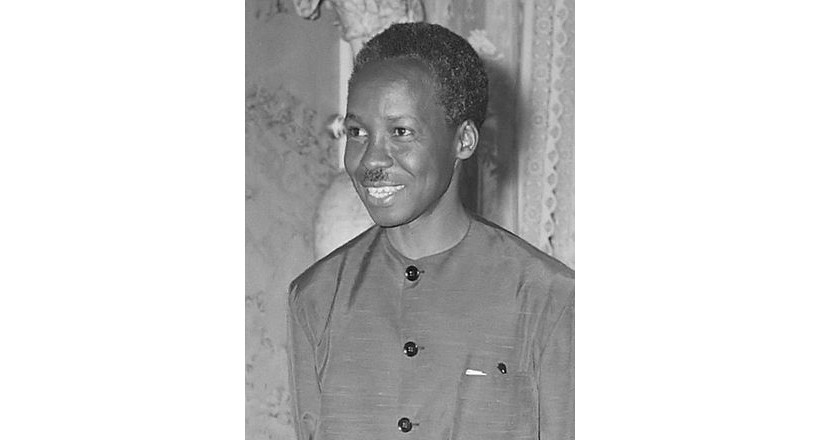 Julius Kambarage Nyerere ( 13 April 1922 – 14 October 1999) was a Tanzanian anti-colonial activist, politician, and political theorist. He governed Tanganyika as Prime Minister from 1961 to 1962 and then as President from 1963 to 1964, after which he led its successor state, Tanzania, as President from 1964 to 1985. A founding member of the Tanganyika African National Union (TANU) party—which in 1977 became the Chama Cha Mapinduzi party—he chaired it until 1990. Ideologically an African nationalist and African socialist, he promoted a political philosophy known as Ujamaa.

Born in Butiama, then in the British colony of Tanganyika, Nyerere was the son of a Zanaki chief. After completing his schooling, he studied at Makerere College in Uganda and then Edinburgh University in Scotland. In 1952 he returned to Tanganyika, married, and worked as a teacher. In 1954, he helped form TANU, through which he campaigned for Tanganyikan independence from the British Empire. Influenced by the Indian independence leader Mahatma Gandhi, Nyerere preached non-violent protest to achieve this aim. Elected to the Legislative Council in the 1958–1959 elections, Nyerere then led TANU to victory at the 1960 general election, becoming Prime Minister. Negotiations with the British authorities resulted in Tanganyikan independence in 1961. In 1962, Tanganyika became a republic, with Nyerere elected its first president. His administration pursued decolonisation and the "Africanisation" of the civil service while promoting unity between indigenous Africans and the country's Asian and European minorities. He encouraged the formation of a one-party state and unsuccessfully pursued the Pan-Africanist formation of an East African Federation with Uganda and Kenya. A 1963 mutiny within the army was suppressed with British assistance.

Following the Zanzibar Revolution of 1964, the island of Zanzibar was unified with Tanganyika to form Tanzania. Nyerere placed a growing emphasis on national self-reliance and socialism. Although his vision of socialism differed from that promoted by Marxism–Leninism, Tanzania developed close links with Mao Zedong's Marxist–governed China. In 1967, Nyerere issued the Arusha Declaration which outlined his vision of ujamaa. Banks and other major industries and companies were nationalised; education and healthcare were significantly expanded. Renewed emphasis was placed on agricultural development through the formation of communal farms, although these reforms hampered food production and left Tanzania dependent on foreign food aid. His government provided training and aid to anti-colonialist groups fighting white-minority rule throughout southern Africa and oversaw Tanzania's 1978–1979 war with Uganda which resulted in the overthrow of Ugandan President Idi Amin. In 1985, Nyerere stood down and was succeeded by Ali Hassan Mwinyi, who reversed many of Nyerere's policies. He remained chair of Chama Cha Mapinduzi until 1990, supporting a transition to a multi-party system, and later served as mediator in attempts to end the Burundian Civil War.

Nyerere was a controversial figure. Across Africa he gained widespread respect as an anti-colonialist and in power received praise for ensuring that, unlike many of its neighbours, Tanzania remained stable and unified in the decades following independence. His construction of the one-party state and use of detention without trial led to accusations of dictatorial governance, while he has also been blamed for economic mismanagement. He is held in deep respect within Tanzania, where he is often referred to by the Swahili honorific Mwalimu ("teacher") and described as the "Father of the Nation".