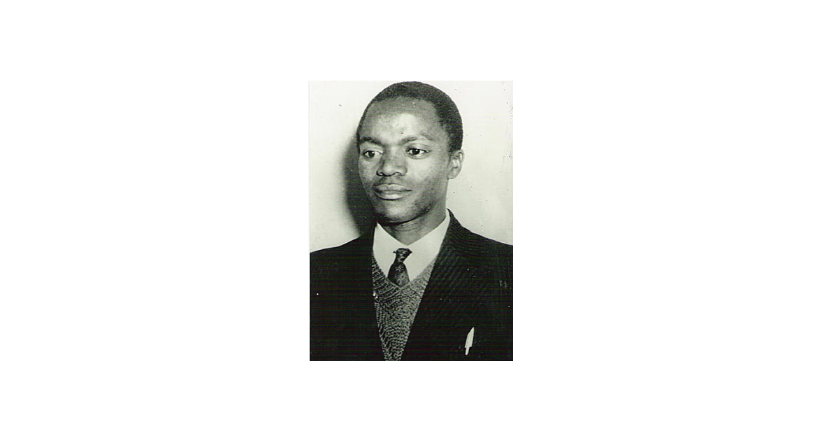 Grégoire Kayibanda (May 1, 1924 – December 15, 1976) was the first elected President of Rwanda. As pioneer of the Rwandese revolution, he led Rwanda's struggle for independence from Belgium, and replaced the Tutsi monarchy with a republican form of government. He asserted Hutu majority power.Grégoire Kayibanda was born in Tare, Rwanda. He came from the south of the country and was an ethnic Hutu. Kayibanda married Vérédiana Mukagatare on May 25, 1950.

The Hutu majority had long been resentful of power held by the Tutsi minority. They were encouraged by Hutu advocates in the Catholic Church, and by Christian Belgians (who were increasingly influential in the Congo). The United Nations mandates, the Tutsi elite class, and the Belgian colonists contributed to the growing social and political unrest. Gregoire Kayibanda, an ethnic Hutu, led the Hutu "emancipation" movement. He founded the political party Parmehutu (Parti du Mouvement de l'Emancipation Hutu; Hutu Emancipation Movement Party), and wrote his "Bahutu Manifesto" in 1957.

In reaction, in 1959 Tutsis founded the UNAR party, made up of those who desired immediate independence for Ruanda-Urundi based on the existing Tutsi monarchy. This group also became quickly militarized. Skirmishes began between UNAR and PARMEHUTU groups. Kayibanda's successful campaign brought the majority Hutu to power for the first time in Rwanda.

In 1961 the Rwandan monarchy was dissolved, and Kayibanda was elected president on October 26.Over the next three years, Kayibanda increased his power step by step. By 1965, Parmehutu was the only legal party in the country. At elections held that year, Kayibanda appeared alone on the ballot for president. He was reelected in 1969, again as the only candidate. In both elections, a single list of Parmehutu candidates was returned to the legislature. The 1962 constitution of Rwanda, enacted by Kayibanda's regime, proscribed communist activities and propaganda as Belgian settlers conditioned the gain of independence to the rejection of Communism, in the era of the iron curtain. The UNAR party threatened to turn their back on the Belgians and adhere to communism.

Kayibanda pursued a pro-Western, anticommunist foreign policy. Rwanda enjoyed cordial relations with the Republic of China, while strongly criticizing the People's Republic of China's policies in Africa.Kayibanda's government adopted a generally neutral stance on the Arab–Israeli conflict and the Vietnam War.

On July 5, 1973, defense minister Major General Juvénal Habyarimana overthrew Kayibanda in a military coup. Although described as bloodless, as a result of the coup, an estimated 55 people, mostly officials, lawyers or businessmen close to the previous regime, were reportedly executed. The families of these people were given sums of money to pay for their silence. The new government held Kayibanda and his wife in a secret location (rumored to be a house near Kabgayi), where they were reportedly starved to death.