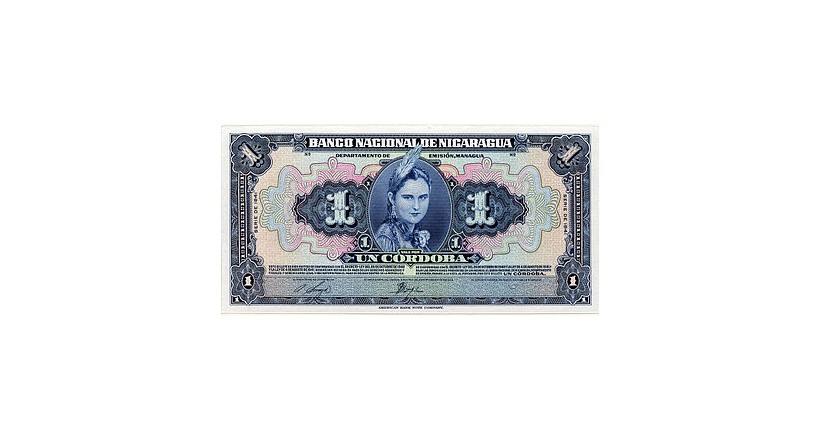 The córdoba (Spanish pronunciation:  sign: C$; code: NIO) is the currency of Nicaragua. It is divided into 100 centavos.

The first córdoba was introduced on March 20, 1912. It replaced the peso moneda corriente at a rate of 12½ pesos m/c = 1 córdoba and the peso fuerte at par. It was initially nearly equal to the US dollar. It was named after the Conquistador Francisco Hernández de Córdoba.

A new series of coins, featuring a portrait of Augusto César Sandino, was introduced in 1981, consisting of aluminum 5 and 10 centavos, nickel-clad steel 25 centavos and cupro-nickel 50 centavos, 1 and 5 córdobas. Nickel clad steel replaced cupro nickel between 1983 and 1984. In 1987, the final coins of the 1st córdoba were issued, featuring Sandino's characteristic hat. Aluminum 500 córdobas were issued.

25, 50 centavos and 1 córdoba coins minted in 1985 were mostly recalled and destroyed by the Central Bank. A few of the 1 córdoba were circulated as seen.