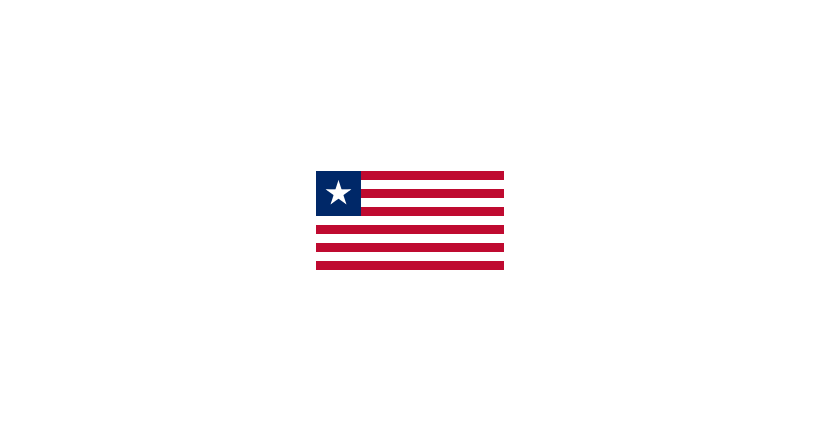 Liberia , officially the Republic of Liberia, is a country on the West African coast. It is bordered by Sierra Leone to its northwest, Guinea to its north, Ivory Coast to its east, and the Atlantic Ocean to its south-southwest. It covers an area of 111,369 square kilometers (43,000 sq mi) and has a population of around 4,900,000. English is the official language, but over 20 indigenous languages are spoken, representing the numerous ethnic groups who make up more than 95% of the population. The country's capital and largest city is Monrovia.

Liberia began as a settlement of the American Colonization Society (ACS), who believed black people would face better chances for freedom and prosperity in Africa than in the United States. The country declared its independence on July 26, 1847. The U.S. did not recognize Liberia's independence until February 5, 1862, during the American Civil War. Between January 7, 1822, and the American Civil War, more than 15,000 freed and free-born black people who faced legislated limits in the U.S., and 3,198 Afro-Caribbeans, relocated to the settlement The settlers carried their culture and tradition with them. The Liberian constitution and flag were modeled after those of the U.S. On January 3, 1848, Joseph Jenkins Roberts, a wealthy, free-born African American from Virginia who settled in Liberia, was elected Liberia's first president after the people proclaimed independence