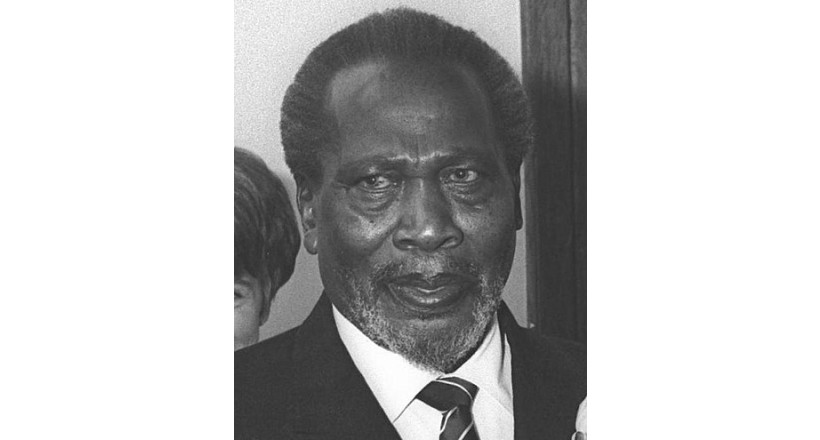 Jomo Kenyatta (born October 20, 1894 in Nairobi - died in Mombasa on August 22, 1978) is a Kenyan politician and anti-colonial activist who served as Prime Minister of Kenya from 1963 to 1964. He became the first President in the country's history from 1964 until his death in 1964. 1978. He is the first indigenous head of government. Kenyatta played an important role in Kenya's transition from a British Empire colony to an independent republic. Ideologically, he was an African conservative and nationalist. He led the KANU from 1961 until his death.

Kenyatta was born to Kikuyu farmers in the town of Kiambu during British rule. He was educated in a missionary school to practice various professions before he entered politics through the organization of the Central Kikuyu Association. He traveled to London in 1929 to lobby for Kikuyu land affairs. During the 1930s, he studied at the Communist University of the East in Moscow , the London University College and the London School of Economics . He published an anthropological study of the life of the Kikuyu people in 1938, before working as an agricultural worker in Sussex during World War II . Kenyatta embraced the ideas of anti-colonialism and the principles of African unity against the backdrop of being influenced by his friend George Badmore where he co-organized the African Unity Conference held in Manchester in 1945. He returned to Kenya in 1946 to work as a school principal. He was elected President of the African Union of Kenya in 1947 to exert pressure for Kenya's independence from British colonial rule. Thus, he received widespread popular support from the indigenous population, but was enmised by white settlers . In 1952, Kenyatta was among the six captives arrested for masterminding the anti-British Mao Mao uprising . He was convicted despite his objection and claim of innocence (a view agreed by later historians) where he was imprisoned in Loketung in the north of the country until 1959, after which he was exiled to Ludwar until 1961.