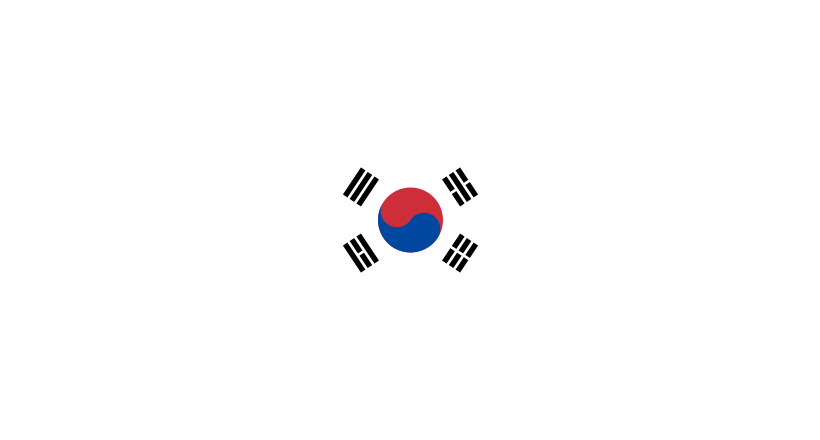 South Korea Officially the Republic of Korea : is a sovereign state located in the southern part of the Korean Peninsula .  The name " Korea " is derived from the Goryeo Dynasty, a dynasty that ruled in the Middle Ages . It is bordered by China to the west , Japan to the east, North Korea to the north, and Korea Strait to the south. South Korea is located in the northern region of the globe and is mostly mountainous in nature. South Korea has a total area of ​​99,392 square kilometers,  a population of over 51 million, and its capital and largest city, Seoul , with a population of 10,117,909

Archaeological findings indicate that the Korean Peninsula was occupied during the Lower Paleolithic period.  Korean history begins with the founding of Gojoseon in 2333 BC by the legendary Dangen Wangum . The unification of the three Korean kingdoms under the reign of Silla in 668 AD, and Korea's rule under Goryeo and Joseon as one nation until the end of the empire. Korean 1910 , when it was annexed to Japan . After the liberation and Soviet occupation , the Korean War and the end of World War II , the country was divided into North and South Korea, where South Korea was founded in 1948 as a democratic state, despite the political unrest, military rule, and martial law that characterized most of that period until the establishment of the Sixth Republic in 1987. .