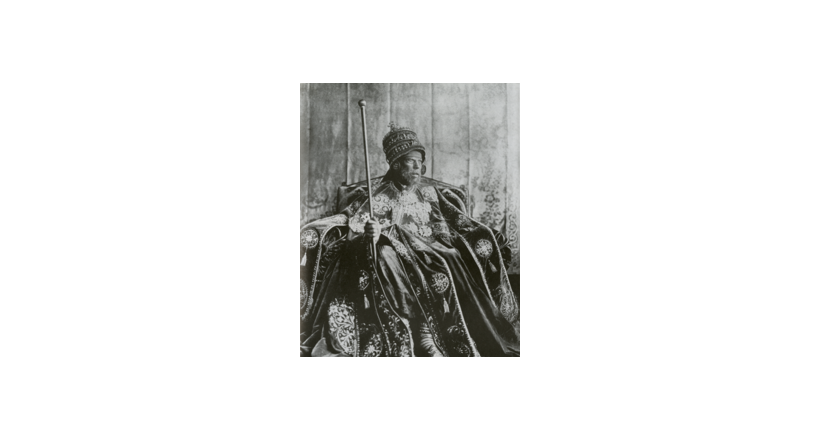 Menelik IImäwi Menelik  baptised as Sahle Maryam; 17 August 1844 – 12 December 1913) was Emperor of Ethiopia from 1889 to his death in 1913 and Negus (King) of Shewa (1866–89). At the height of his internal power and external prestige, the process of territorial expansion and creation of the modern empire-state was completed by 1898, which expanded the Ethiopian Empire to the extent of the historic Aksumite Empire; the wage most Oromos classify as genocides. Menelik was also remembered for leading Ethiopian troops against the Kingdom of Italy in the First Italo-Ethiopian War, where Menelik scored a decisive victory at the Battle of Adwa.

Ethiopia was transformed under Emperor Menelik: the major signposts of modernisation with the help of key ministerial advisors, such as Gäbre-Heywät Baykädañ, were put in place. Externally, Menelik’s victory over the Italian invaders earned him great fame: following the Battle of Adwa, recognition of Ethiopia's independence by external powers was expressed in terms of diplomatic representation at his court and delineation of Ethiopia's boundaries with the adjacent colonies. Menelik expanded his kingdom to the south and east, into Kaffa, Sidama, Wolayta and other kingdoms. He is widely called "Emiye Menelik" in Ethiopia for his forgiving nature and his unselfish deeds for the poor.

Later in his reign, Menelik established the first Cabinet of Ministers to help in the administration of the Empire, appointing trusted and widely respected nobles and retainers to the first Ministries. These ministers would remain in place long after his death, serving in their posts through the brief reign of Lij Iyasu and into the reign of Empress Zauditu. They also played a key role in deposing Lij Iyasu.