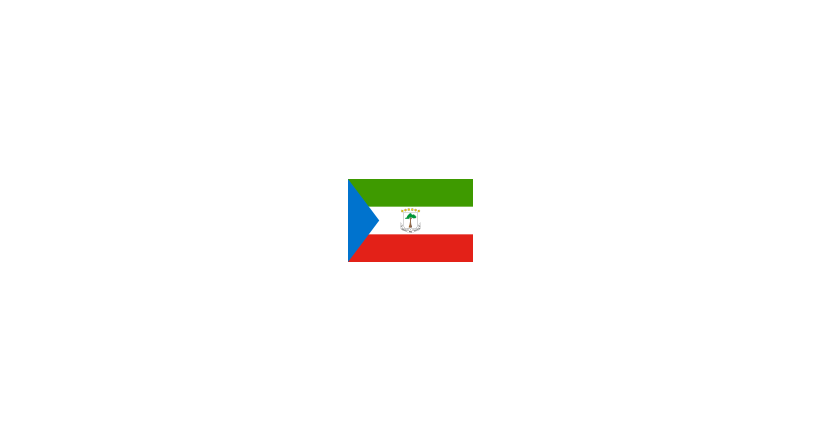 Equatorial Guinea (Spanish: Guinea Ecuatorial; French: Guinée équatoriale; Portuguese: Guiné Equatorial), officially the Republic of Equatorial Guinea (Spanish: República de Guinea Ecuatorial, French: République de Guinée équatoriale, Portuguese: República da Guiné Equatorial), is a country located on the west coast of Central Africa, with an area of 28,000 square kilometres (11,000 sq mi). Formerly the colony of Spanish Guinea, its post-independence name evokes its location near both the Equator and the Gulf of Guinea. Equatorial Guinea is the only sovereign African state in which Spanish is an official language. As of 2015, the country had an estimated population of 1,222,245.

Equatorial Guinea consists of two parts, an insular and a mainland region. The insular region consists of the islands of Bioko (formerly Fernando Pó) in the Gulf of Guinea and Annobón, a small volcanic island which is the only part of the country south of the equator. Bioko Island is the northernmost part of Equatorial Guinea and is the site of the country's capital, Malabo. The Portuguese-speaking island nation of São Tomé and Príncipe is located between Bioko and Annobón. The mainland region, Río Muni, is bordered by Cameroon on the north and Gabon on the south and east. It is the location of Bata, Equatorial Guinea's largest city, and Ciudad de la Paz, the country's planned future capital. Rio Muni also includes several small offshore islands, such as Corisco, Elobey Grande, and Elobey Chico. The country is a member of the African Union, Francophonie, OPEC and the CPLP.