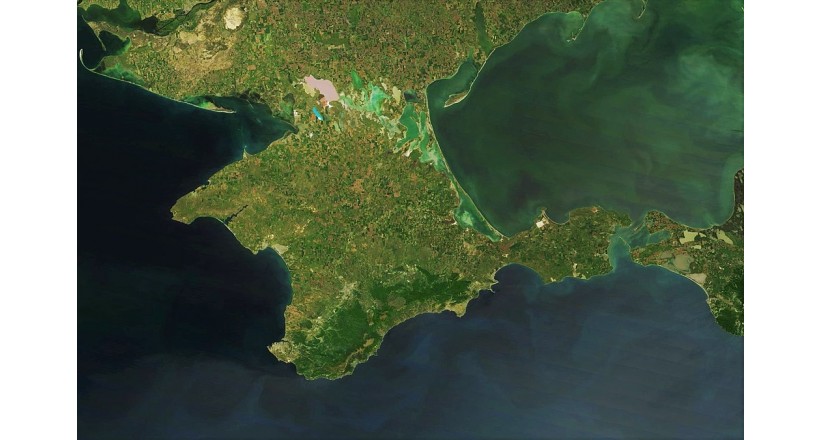 Crimea : is a peninsula located on the northern coast of the Black Sea in Eastern Europe that is almost completely surrounded by both the Black Sea and the smaller Sea of Azov to the northeast. It is located south of the Ukrainian region of Kherson, to which it is connected by the Isthmus of Perekop, and west of the Russian region of Kuban, from which it is separated by the Strait of Kerch though linked by the Crimean Bridge. The Arabat Spit is located to the northeast, a narrow strip of land that separates a system of lagoons named Sivash from the Sea of Azov. Across the Black Sea to its west is Romania and to its south Turkey.

Crimea (or Tauric Peninsula, as it was called from antiquity until the early modern period) has historically been at the boundary between the classical world and the Pontic–Caspian steppe. Its southern fringe was colonised by the Greeks, the Persians, the Romans, the Byzantine Empire, the Crimean Goths, the Genoese and the Ottoman Empire, while at the same time its interior was occupied by a changing cast of invading steppe nomads and empires, such as the Cimmerians, Scythians, Sarmatians, Goths, Alans, Bulgars, Huns, Khazars, Kipchaks, Mongols and the Golden Horde. Crimea and adjacent territories were united in the Crimean Khanate during the 15th to 18th century.