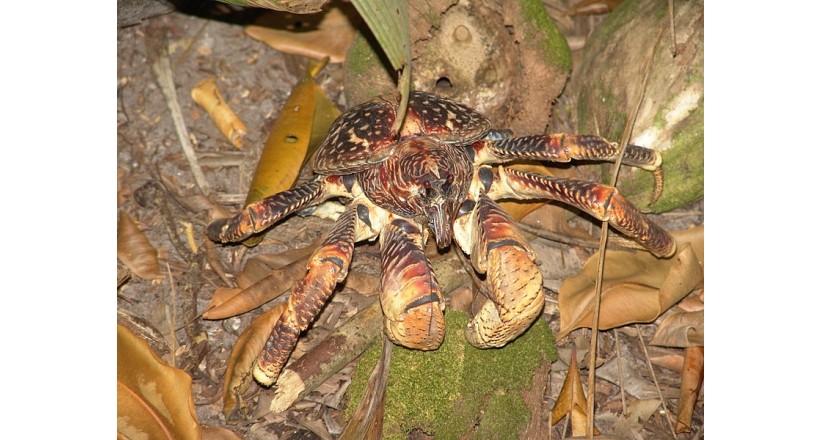 The coconut crab (Birgus latro) is a species of terrestrial hermit crab, also known as the robber crab or palm thief. It is the largest land-living arthropod in the world, and is probably at the upper size limit for terrestrial animals with exoskeletons at current conditions during the Holocene, with a weight up to 4.1 kg (9.0 lb). It can grow to up to 1 m (3 ft 3 in) in length from leg to leg. It is found on islands across the Indian Ocean, and parts of the Pacific Ocean as far east as the Gambier Islands and Pitcairn Islands, mirroring the distribution of the coconut palm; it has been extirpated from most areas with a significant human population, including mainland Australia and Madagascar.