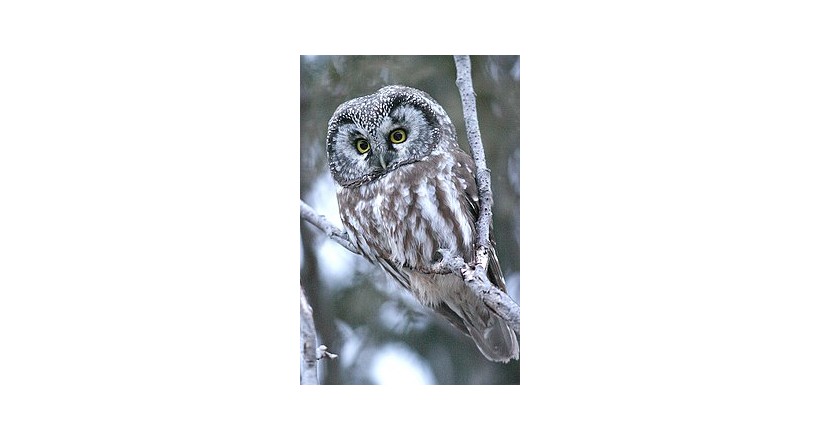 The boreal owl (Aegolius funereus) is a small owl. In Europe, it is typically known as Tengmalm's owl after Swedish naturalist Peter Gustaf Tengmalm or, more rarely, Richardson's owl after Sir John Richardson.The scientific name is from Latin. The genus name Aegolius is a type of screech owl thought to be a bird of ill omen, and funereus means "funereal".

This species is a part of the larger grouping of owls known as typical owls, Strigidae, which contains most species of owl. The other grouping is the barn owls, Tytonidae. Due to its shyness and evasive reaction to human activities, nocturnal habits and preferred inaccessible taiga forest habitat, it is rarely seen by humans.