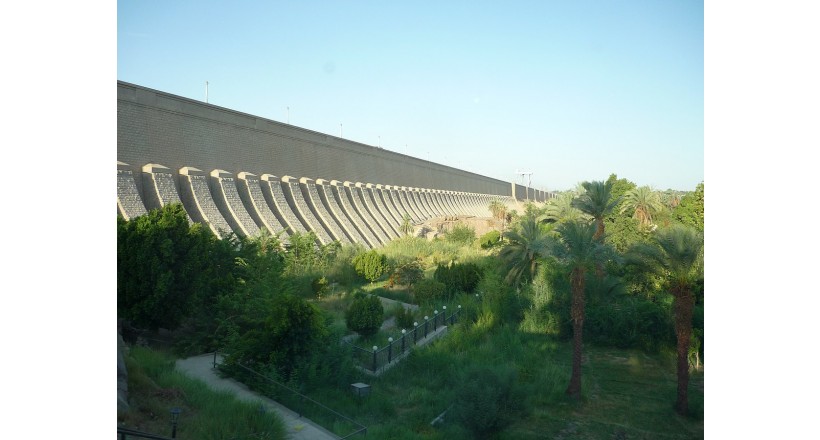 Aswan reservoir or Aswan Dam is different from the High Dam. Work began on its construction in the city of Aswan in southern Egypt between 1899 and 1906. The foundation stone of Khedive Abbas Helmy II was opened in his reign. The Aswan reservoir is 946 kilometers from the Delta archipelago known as the Qanatr Charity. The old Aswan Dam was the first built dam of this size and the largest dam built in the world at the time. It was then rehabilitated in 1912; then the second ramp in 1926 to hold water during the Nile flood, where water is drained in quantities required for irrigation during the period of the trench. The reservoir is 2141 meters long and 9 meters wide with 180 gates. It is built of granite stone available in the area. The water was used to build two power plants, the first Aswan power plant and the second Aswan power plant. With the creation of a road linking it between the banks of the Nile East and West.