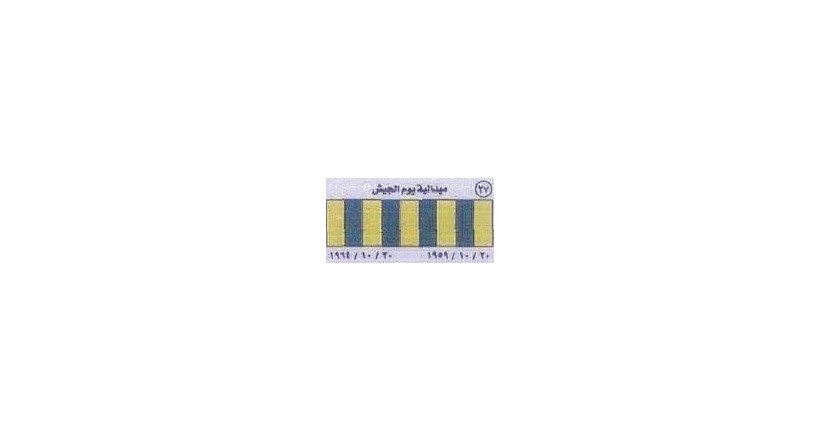 The medal is composed of a single layer, and a chest has been assigned to its holders. It is granted to members of the Egyptian ground forces in the armed forces in service between 20 October 1959 and 20 October 1964