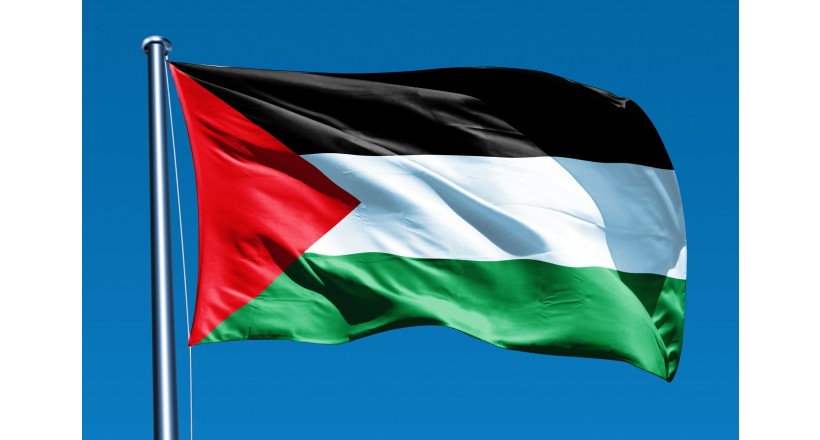 The State of Palestine refers to political entities advocated by various parties, or to which political entities are currently independent or may be referred to by former political entities in Palestine , and calls for its establishment on part or all of the historic land of Palestine . Which many Palestinians aspire to. None of these entities have been independent so far. The Palestine Liberation Organization (PLO) is currently demanding that it be established on part of the historic land of Palestine , since the symbolic declaration of Palestinian independence in 1988 in Algeria .Since 1994, the Palestinian Authority has officially negotiated the establishment of a Palestinianstate on the borders of the 1967 occupied territories, namely the West Bank and the Gaza Strip, and the designation of East Jerusalem as the capital of this state. Which is home to about 40% of the Palestinian people in the world. These negotiations today divided these areas into administrative sections according to the different residential areas as well as the Israeli military requirements.

The project of establishing a Palestinian state represents the fourth projectduring the history of Palestine to establish a state, the first of its kind in the modern era. Where Palestine has three countries in the old age and had a great influence in the rule of the world and did not have a state in modern times, which is demanded by the Palestinians