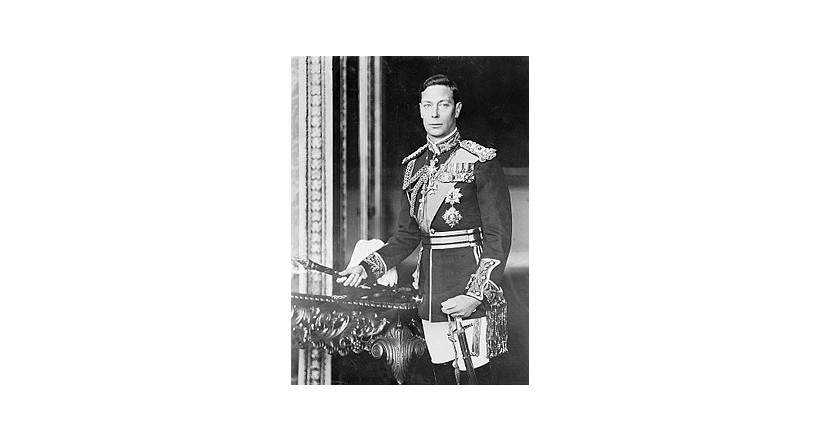 George VI (Albert Frederick Arthur George; 14 December 1895 – 6 February 1952) was King of the United Kingdom and the Dominionsof the British Commonwealth from 11 December 1936 until his death in 1952. He was the last Emperor of India and the first Head of the Commonwealth.

Known publicly as Albert until his accession, and "Bertie" among his family and close friends, George VI was born in the reign of his great-grandmother Queen Victoria, and was named after his great-grandfather Albert, Prince Consort. As the second son of King George V, he was not expected to inherit the throne and spent his early life in the shadow of his elder brother, Edward. He attended naval college as a teenager, and served in the Royal Navy and Royal Air Force during the First World War. In 1920, he was made Duke of York. He married Lady Elizabeth Bowes-Lyon in 1923 and they had two daughters, Elizabeth and Margaret. In the mid-1920s, he had speech therapy for a stammer, which he never fully overcame.

George's elder brother ascended the throne as Edward VIII upon the death of their father in 1936. However, later that year Edward revealed his desire to marry divorced American socialite Wallis Simpson. British prime minister Stanley Baldwin advised Edward that for political and religious reasons he could not marry a divorced woman and remain king. Edward abdicated to marry Simpson, and George ascended the throne as the third monarch of the House of Windsor.

During George's reign, the break-up of the British Empire and its transition into the Commonwealth of Nations accelerated. The parliament of the Irish Free State removed direct mention of the monarch from the country's constitution on the day of his accession. The following year, a new Irish constitution changed the name of the state to Ireland and established the office of President. From 1939, the Empire and Commonwealth – except Ireland – was at war with Nazi Germany. War with Italy and Japan followed in 1940 and 1941, respectively. Though Britain and its allies were ultimately victorious in 1945, the United States and the Soviet Union rose as pre-eminent world powers and the British Empire declined. After the independence of India and Pakistan in 1947, George remained king of both countries, but relinquished the title of Emperor of India in June 1948. Ireland formally declared itself a republic and left the Commonwealth in 1949, and India became a republic within the Commonwealth the following year. George adopted the new title of Head of the Commonwealth. He was beset by smoking-related health problems in the later years of his reign. He was succeeded by his elder daughter, Elizabeth II.