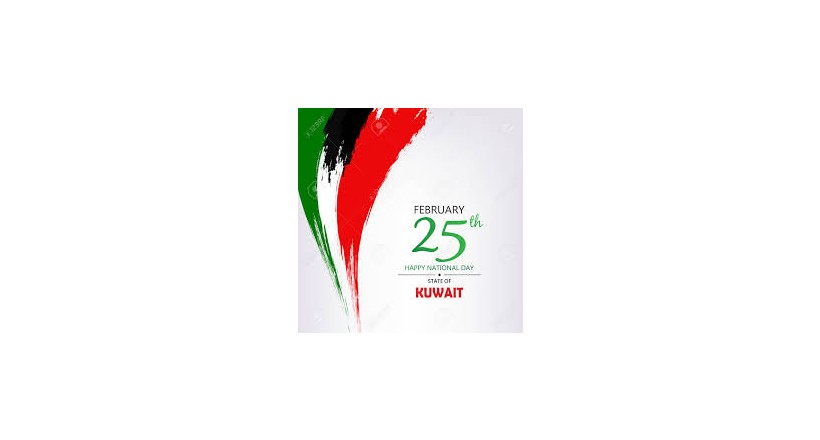 Kuwait National Day is a public holiday to celebrate Kuwait's independence from the United Kingdom and is celebrated on February 25 each year. Kuwait won its independence on 19 June 1961 under the reign of Sheikh Abdullah Al-Salem Al-Sabah . The anniversary of that date was marked by the first Kuwaiti Independence Day celebration held on June 19, 1962. Kuwaitis held Kuwait's Independence Day on 19 June. Each year between 1962 and 1964 , until an Emiri decree was issued on May 18,1964 , whereby the Independence Day was merged after the residence of Prince Abdullah Al-Salem Al-Sabah , corresponding to February 25 of each year beginning in 1965, due to the extreme summer heat in Kuwait which prevents Establish appropriate events.  Since then Kuwait has been celebrating its independence on this date, which has been called the "National Day