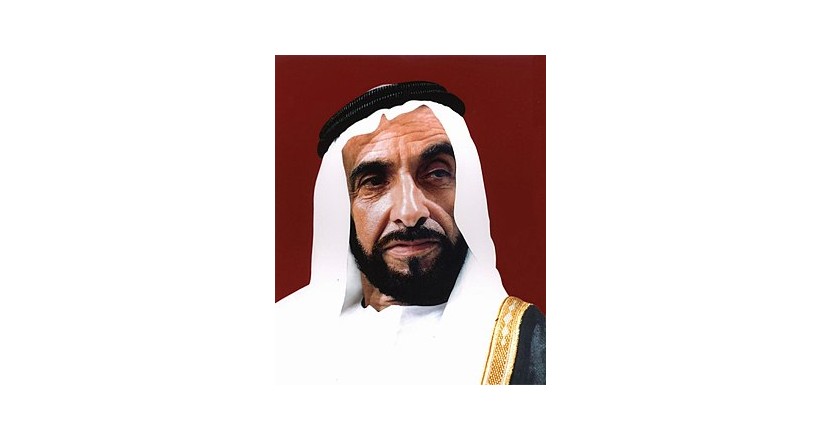 Sheikh Zayed bin Sultan bin Zayed bin Khalifa bin Shakhbout bin Thiab bin Isa bin Nahyan Al Nahyan ( May 6,1918 - November 2, 2004 ) was the first president of the United Arab Emirates . He played a major role in unifying the state with Sheikh Rashid bin Saeed Al Maktoum and achieving this on December 2, 1971 and founded the first modern Arab federation. Sheikh Zayed worked with Sheikh Jaber Al-Ahmad Al-Sabah on the establishment of the Gulf Cooperation Council (GCC). On May 25, 1981, Abu Dhabi hosted the first summit meeting of the Gulf Cooperation Council (GCC)  .He was succeeded by his brother Shakhbut in 1966  , succeeded by his son Sheikh Khalifa Bin Zayed Al Nahyan andwas elected by the Supreme Council of the Union as the head of state.  In his reign, created allegiance to the federal entity instead of allegiance to the tribe or the emirate and the consolidation of the concept of rights and duties of the citizen  . For four decades, Sheikh Zayed spent billions of dollars helping at least 40 poor countries. He also played a major role in solving Arab problems. He also served as a peace broker between the Sultanate of Oman and the People's Democratic Republic of Yemen (South Yemen) during the 1980 border disputes.  mediation also succeeded in finding a solution to the dispute between Egypt and Libya