Victory in the battle of Rashid 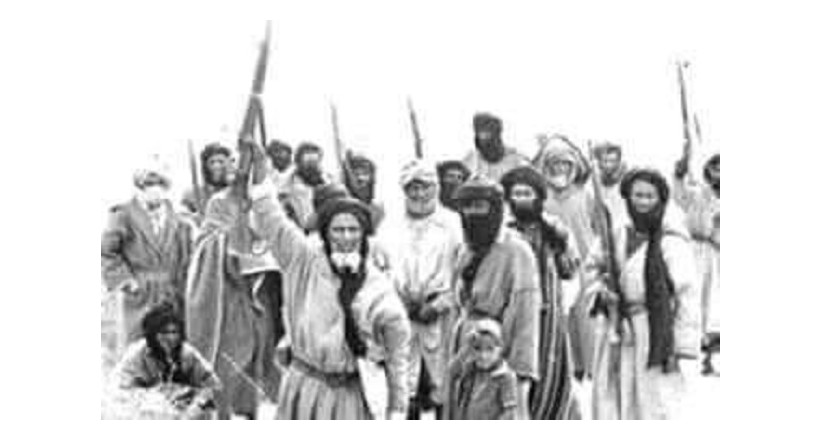 At 7:00 am on March 31, the military operations were ready and the English armies entered the city of Rashid. The plan of the governor of the city (on the Slinkli) was to send the people to sleep and hide in their homes until they were given the signal to begin the battle. Here the English entered the quiet city and did not find them But they soon set out from above the minaret of the famous Zaghloul mosque in the center of the city, shouting "Allah is the greatest neighborhood of jihad." If the city's protectors in the houses were shooting, the women threw oil and boiling water on the heads of the British officers and soldiers. And turned the roofs of good houses to the defense lines of control and carried the ladies hands Huns copper to Adqguen by the heads of the British even growing heavy losses and was popular resistance to the most use local residents brave Albult sticks and stones in the attack and defense and the separation of officers and soldiers English. The battle did not last more than two hours according to the plan and here the commander of the English commander Fraser wanted to take revenge from the people of Rashid sent another campaign of four thousand soldiers and defeated them from the families of the Kanfani and Mahram and Akkari and Fassi and Egypt and safety and quality with the people of the villages of Hammad and Shamsa and Samahiyah and Samira and Debby, As a result of this defeat to the British and the victory of the brave Rashaida. For months, the English withdrew from Rasheed and Egypt in full on September 19, 1807.

Rachid's name became known in historical and military literature, and the English thought after the defeat for 75 years before they invaded Egypt again in 1882. This battle has been a source of inspiration for journalists, writers, thinkers, writers and military personnel.