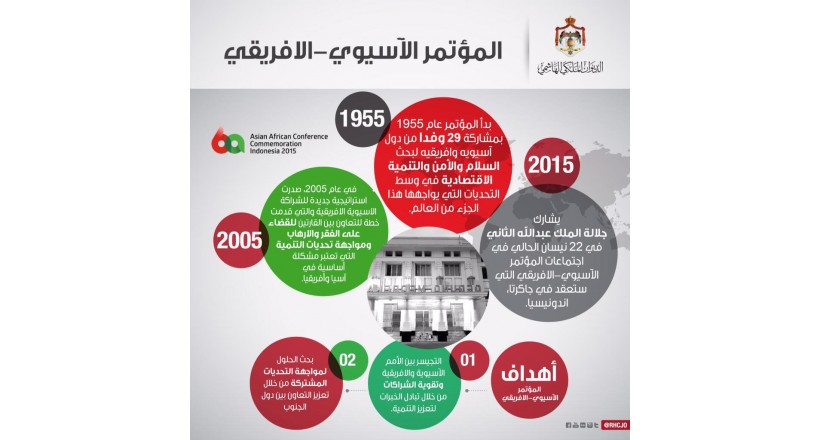 The issue of Palestine in the General Assembly of the United Nations * in 1947 brought the delegations of some Asian and African countries to a meeting and consultation. A group that was initially known as the Arab and Asian Group developed and became the Asian African Group, Independent States Members of the International Organization of the two continents.

This nascent cooperation was the first step in a much larger and more developed cooperation over time within the framework of the international organization, particularly in the consideration of colonialism.

When the conflict between colonized and colonized peoples aspired to liberation and independence intensified, the independent States of the two continents that had been the main victims of colonialism appealed. Namely Asia and Africa, to meet and cooperate to discuss the issues of the peoples of the two continents, in particular the issues of emancipation and independence, the struggle against colonialism and racial discrimination, and to coordinate economic and cultural cooperation and the search for other common interests.

Within this context, the idea of ​​convening the Asia-Africa Conference was adopted and adopted by five countries: India, Indonesia, Pakistan, Burma and Ceylon (Sri Lanka later).