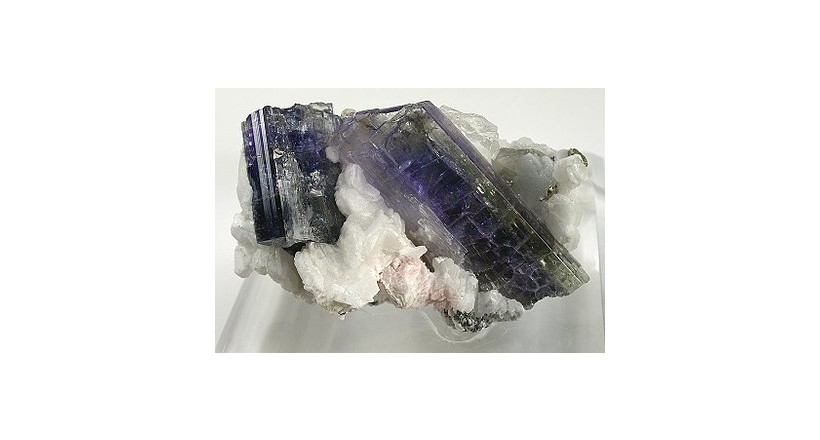 Tanzanite is only found in Tanzania, in a very small mining area (approximately 7 km (4.3 mi) long and 2 km (1.2 mi) wide) near the Mirerani Hills.

Tanzanite is noted for its remarkably strong trichroism, appearing alternately blue, violet and burgundy depending on crystal orientation. Tanzanite can also appear differently when viewed under different lighting conditions. The blues appear more evident when subjected to fluorescent lightand the violet hues can be seen readily when viewed under incandescent illumination. In its rough state tanzanite is colored a reddish brown to clear, and it requires heat treatment to remove the brownish "veil" and bring out the blue violet of the stone.

The gemstone was given the name 'tanzanite' by Tiffany & Co. after Tanzania, the country in which it was discovered. The scientific name of "blue-violet zoisite" was not thought to be consumer friendly enough by Tiffany's marketing department, who introduced it to the market in 1968. In 2002, the American Gem Trade Association chose tanzanite as a December birthstone, the first change to their birthstone list since 1912.