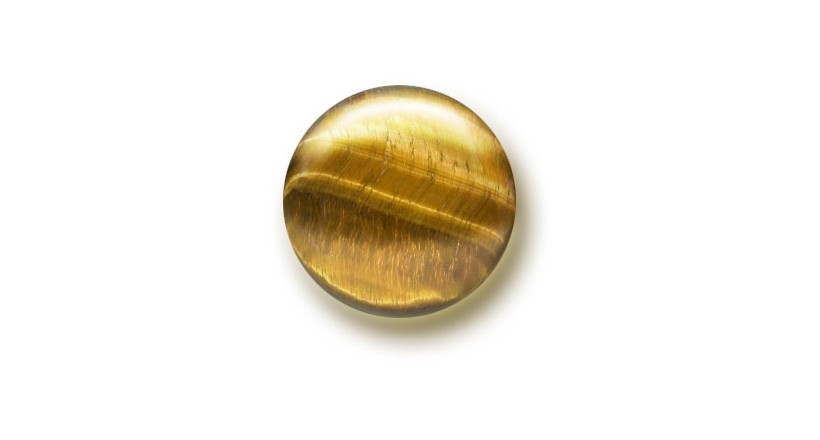 The cat's or cat's eye stone is a distinctive gemstone that features an unusual phenomenon in the reflection of light on its surface where it shows a luster like the eyes of cats or kitten. In fact, the cat's eye stone is not a specific kind of gemstone, but several varieties may vary in their chemical composition, composition and even color, but they share the characteristic of the characteristic luster.

From the scientific point of view, the term "cat's eye effect" has been launched on the phenomenon of the French word cat's eyes. The effect of the cat's eye is clearly enough to be easily observed by the naked eye. It is possible to deliberately effect this effect in the laboratory or by means of the tools of preparing the precious stones by cutting the stone in the form of "cabochon," and making parallel fibers to enhance the appearance of the cat's eye when the stone is seen in light. "Hare" is the effect of stars on precious stones, but the difference between them lies in the existence of one vertical matrix of light on the eye of the cat while there are 4 to 6 matrices of light on the stones that include the influence of the stars. It should be noted here that it is usual to find the stones of the eye of the cat "pyramid" contains two orthogonal orthogonal squares on the stones and stores of precious stones.

The most important and most valuable cat's eye stone is the cat's eye. It is worth mentioning here that the mere mention of the cat's eye stone in the gemstone trade indicates the chrysopril stone that contains that effect. But this does not exclude the existence of types and varieties of precious stones containing the same effect.

The Chrysopril stone belongs to the rare family of Alexandrite, so it is not surprising to mention that it is characterized by a very high hardness of 8.5 on the Mohs scale of hardness, which makes it suitable for many types of jewelry and ornaments. It is characterized by blue, red, green, yellow, orange, brown, pink, purple, Nature and even colors may vary in the same stone sometimes. The cat's eye is extracted from mines located in Sri Lanka, Brazil, India, China and Zimbabwe.