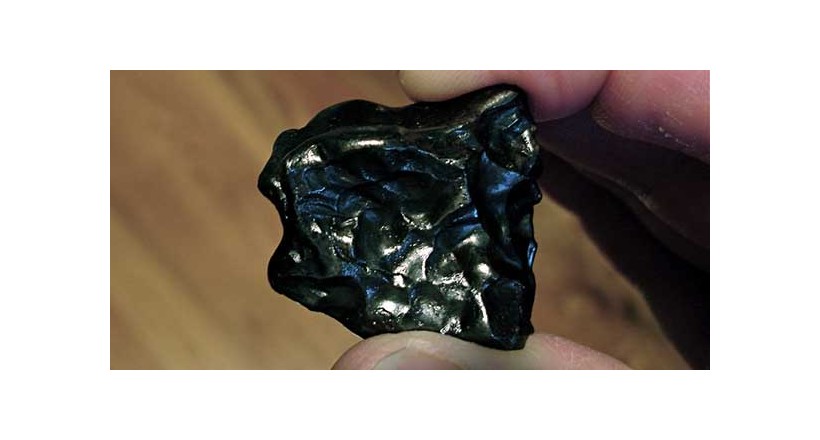 Components: Meteorites are made of iron alloys, nickel and cobalt sometimes mainly because they are resistant to heat and weather conditions, which keeps them in size and components, and also consists of minerals rich in oxygen and silicon.
Shape: The meteorite takes several shapes that may be circular or angular, and may have a somewhat rough surface. Some sharp letters or holes may exist and have a black fusion crust because of the combustion factors that have occurred.
Density: The meteorite density is rather large compared to the density of the ground stone.
Weight: It is common knowledge that the meteorite is somewhat heavy compared to the ground stone.
Ways to know the meteorite
Some people may find strange stone in its shape and color and consider it a meteor trying to sell it at great prices and then be surprised after the examination as a regular ground stone. There are a number of tests that can be done to distinguish the meteorite, including: