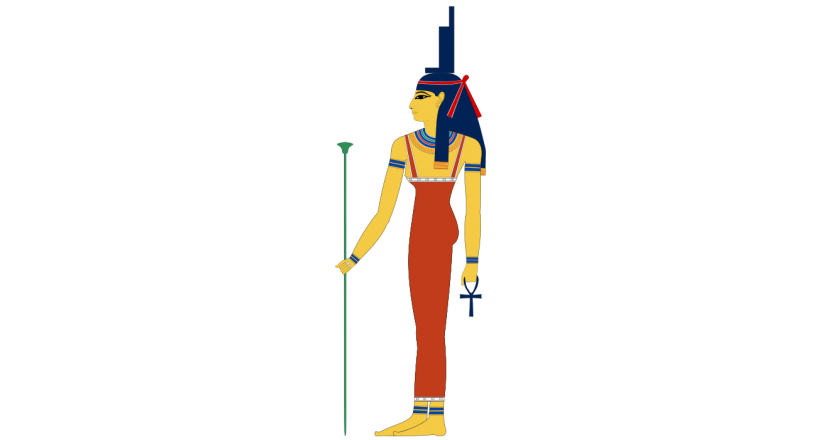 She is always shown breast feeding her child Horus and is considered one of the most impotant Goddesses in Ancient Egypt due yo her numerous qualities and her pure love and care for her husband the God Osiris. She was also the Goddess of magic as she used much of that to reconstruct the pieces of the mutilated corpse of Osiris. She gave birth to Horus and raised him to tske the throne of Egypt. She was worshiped in many places all over Egypt especially at Philae in Aswan where she has her beautiful temple. Her worship spread throughout the Roman Empire and they considered her the Goddess of the whole universe.