The God Khonsu ( God of moon) 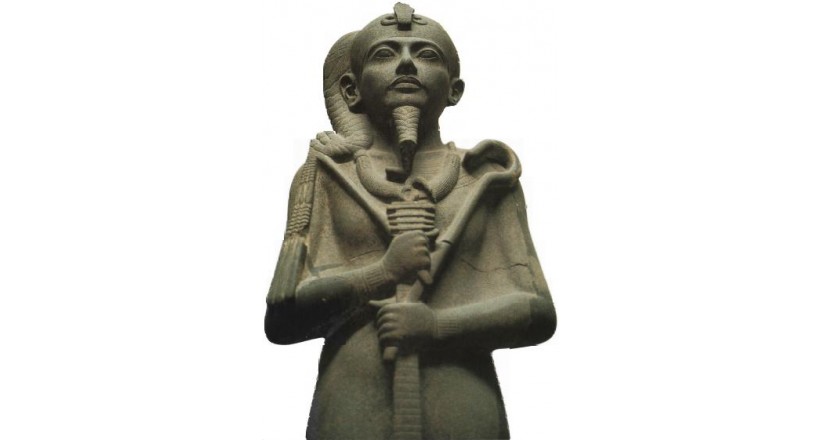 An Ancient Egyptian deity, the third in the triad of Thebes of which the other two are the father and husband Amoun and the mother and wife Mut, He is depicted usually as a boy with a lock of hair on one side or as a man with a falcon head and the moon above it, he is often called ( the Wanderer) and the God that drives out evil spirits, His temple at Karnak is very well preserved and his name Khonsu is the origin of the tenth Coptic month Beshens.

His image on the coin is a copy of a granite statue 2.52 meters high found in the Karnak temple in 1904 AD, the statue was found shattered but after restoration it bore a resemblance of king Tutankhamen and is now displayed at the Egyptian Museum in Cairo.