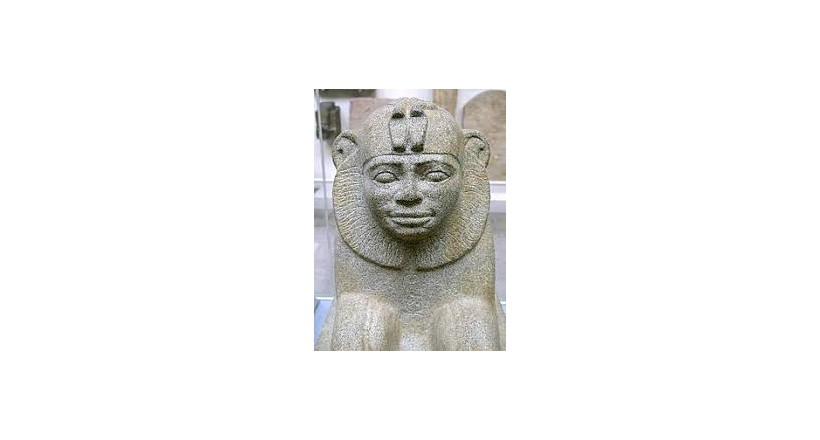 The fourth and most famous king of the 25th dynasty, he ruled Egypt after the death of his brother Shebitku . He is considered one of the conqueror, The last years of his reign were really hard because the Assyrians conquered Egypt and went all the way south to Thebes. King Taharqa built a huge pyramid for himself at Kuro near Napata and also built a smaller pyramid at Sedinga.

The picture on this coin shows the head of this king from a small bronze statue 11.2 cm high, now on displayed at the Hermitage Museum in St Petersburg,Russia.