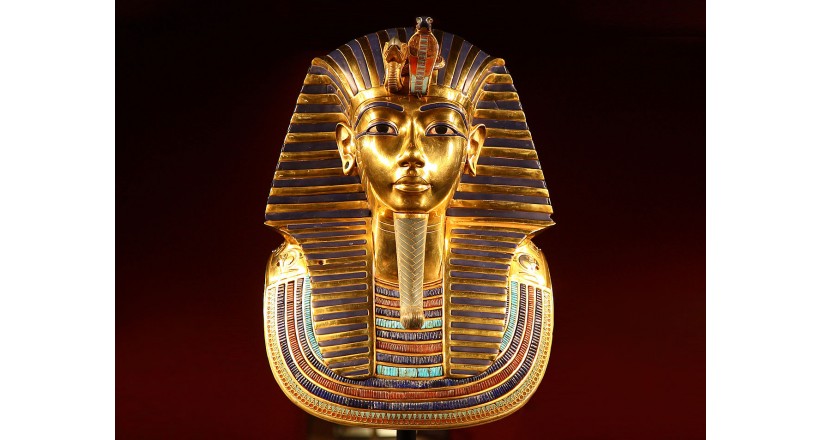 The 12th King of the 18 dynasty, he was crowned at the age of eight and re-established the  cult of Amoun. He changed his birth name from Tutankhaton to Tutankhamen meaning The living image og Amoun, He married princess Ankhsenpaten daughter of King Akhenaten and Queen N efertiti and changed her name to Ankhsenpamun.. K ing Tut died when he was almost 18 years of age, He is considered the most famous Egyptian Pharaon because his tomb was the only one discovered sealed and all complete, the discovery was by H oward Carter in november 1922AD. The picture on this coin is one of several others inlaid on the gold casing of a wooden compartment found near the  burial chamber. It shows the king leisurely seated on his throne and wearing a wig with the sacred cobra on his forehead and his wife is offering him a necklace of gold rings.