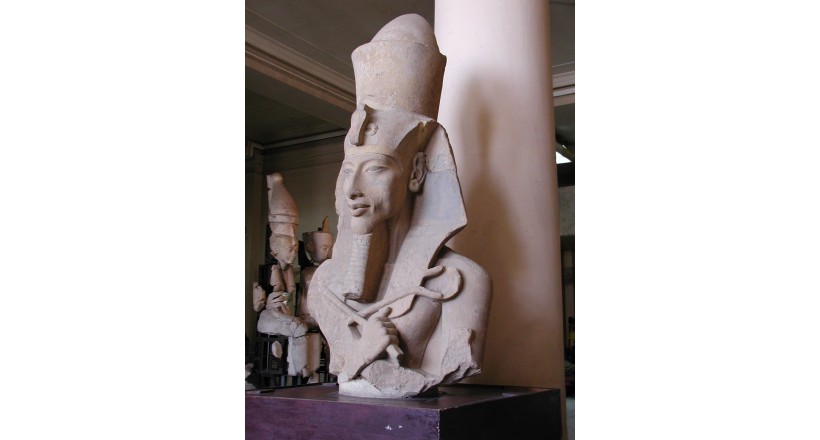 Tenth King of the 18th dynasty, ascended to the throne at the age of 16 after the death of his father king Amenhotep 111. In his early years of rule, he was aided by his mother Queen Ti and worshiped the State God Amoun, He married Queen Nefertiti and after a period of stability, he took the path of the prophets,denouncing all the gods declared his faith in a single deity that he called Atune. In his fourth regnal year, he changed his name from Amenhotep1V to Akhenaten which means (The Beneficial to Atun), abandoned Thebes,the city of the gods and built a new capital on virgin land where no god had been worshiped in Minya in Middle Egypt and named it Akhetaten meaning The Horizon of Atun which is now Tell El Amarna. The King and his family along with his followers moved to the new city in his sixth regnal years, he erected 14 rock carved stele to delineate the eastern and western borders of his new capital.He also built temple for the God Atun . Akhenaten diedd young at the age of 32 and his religion died with him. The statue depicted on the coin is made of sandstone, is 3.96 meter high and is from El-Karnak excavations 1926- 1932 AD. It shows the Pharaoh wearing the celebration costumes in the form of the God Osiris. The statue is now displayed at the Egyptian Museum in Cairo.