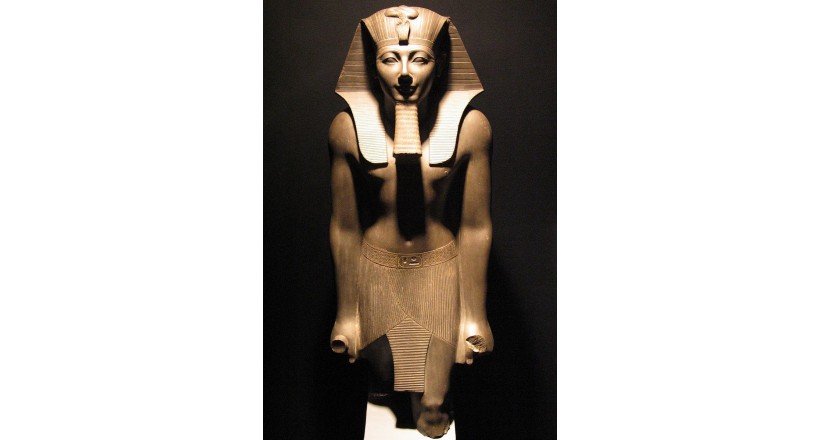 Fifth King of the Eighteenth dynasty, son of King Thutmose 11 from Queen Isis, he reigned for 53 years with his aunt Queen Hatshepsut as regent when he was young, however he ruled alone from the year 22 of the reign. Thutmose111 was a great warrior, he led 15 military campaigns and is named The Napoleon of Ancient Egypt by contemporary Egyptologists. He built temples, constucted the celebration hall, Ankh Mnu in El- Karnak Temple and erected obelisks including the one which is now in Istanbul. The statue depicted on the coin is made of white marble.is 15.25 inches high and shows  the king k neeing about to offer two jars as a tribute to the gods, it is now displayed at Egyptian Museum in Cairo.