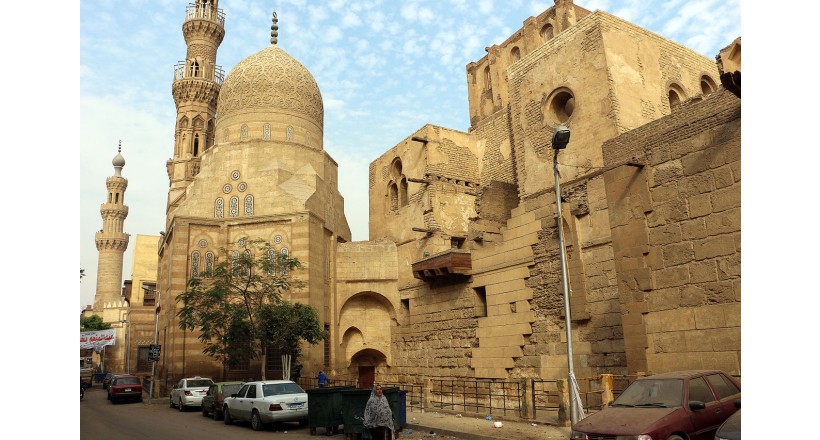 Mosque of Prince Khayer Bek established in 908 AH / 1502 AD Prince Khayer Bek, one of the princes of the Mameluke Circassians.The exterior of the mosque is a beautiful domed domed roof with floral motifs, a lighthouse that lost its peak at an unknown time, the entrance covered by the arched dome of the pillars, and then the path at the northern end of the destination, all of which are a harmonious group that was not built on a single line The beauty of its composition.