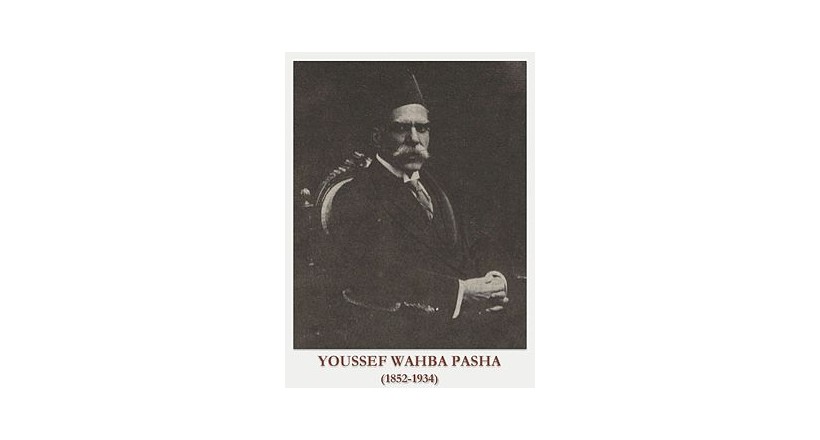 Youssef Wahba was born in Cairo, Egypt in 1852 of a prominent Coptic family. His father, Wahba Bey had been a founder of the first Coptic charitable society that included Muslim scholars such as Abdallah Nadim and Sheikh Muhammed Abduh. He translated the Code Napoleon into Arabic while at the Ministry of Justice between 1875 and 1882 and participated in setting the modern judicial system in Egypt becoming one of the first Egyptian judges in the Mixed Court of Appeals in 1894.