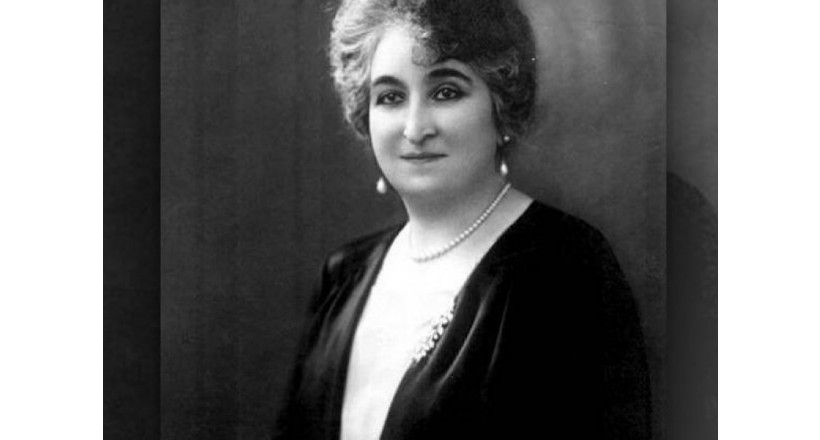 Safia Mustafa Fahmy (1878 - 12 January 1946), the daughter of Mustafa Fahmy Pasha, one of the first prime ministers of Egypt since the country knew the system of the ministry in the early nineteenth century.

And the wife of Saad Zaghloul. She was called "Safia Zaghloul" after her husband's name, as well as the "mother of the Egyptians" after her participation in the women's demonstrations during the revolution of 1919. She had a prominent role in the Egyptian political life and was born to an aristocratic family. Egypt Since the system of the Ministry was known in Egypt in the early nineteenth century.

Safia Zaghloul called her the title “Mother of the Egyptians” due to her flowing giving for the cause of the Arab and Egyptian countries in particular, as she headed the women's demonstrations in order to demand independence during the 1919 revolution. She carried the banner of the revolution after her husband, leader Saad Zaghloul, was denied to the island of Seychelles , And contributed directly and effectively to the liberation of Egyptian women.