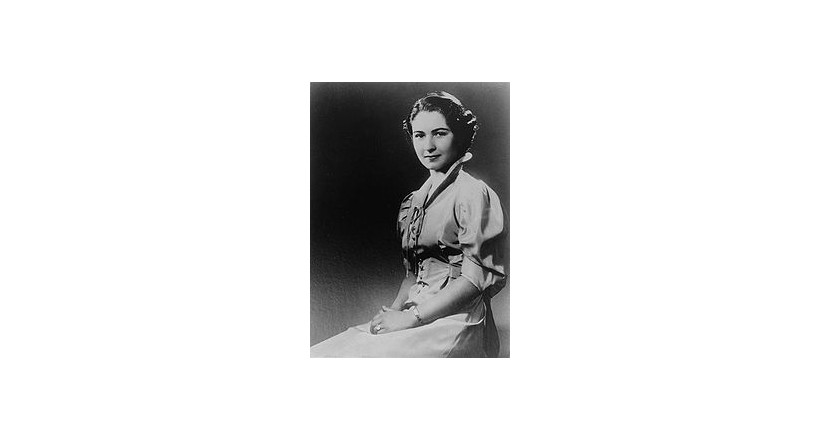 Safinaz Zulfiqar, best known by Queen Farida (September 5, 1921 - October 15, 1988), wife of King Farouk I, King. She was born in Alexandria in the Janaklis district, and she belongs to the ancient Egyptian Zulfiqar family.

She participated in the royal trip undertaken by King Farouk and his mother Queen Nazli and his sisters to Europe in 1937, and during that trip she got acquainted with King Farouk, and announced the official sermon after the return of the royal family to Egypt in the summer of 1937, and the marriage took place on January 20, 1938 amid popular celebrations Never seen before. She had three daughters, King Farial, Princess Fawzia, and Princess Fadia, and she was loved by the Egyptian people. King Farouk divorced her in 1948, and their divorce was one of the reasons for the declining popularity of the king among the people.

After the July revolution that toppled the monarchy on July 23, 1952, her daughters and their father left for his exile in Italy, and she could not see them for long. But after moving to Switzerland, she traveled a lot to see them.

She worked with art and drew many paintings, and her uncle, the great artist Mahmoud Saeed, encouraged her to develop her talents in the art of drawing, but her royal duties diverted her from the practice of drawing, but she returned to the practice of drawing since 1954 in order to cover her living expenses, and her art belongs to what is known as the innate art of adults. She also held numerous art galleries in Madrid, Majorca Island, Paris, Cairo, Geneva, Bulgaria and Texas in the 1970s and 1980s.

She remained in Egypt until 1963, after which she traveled and resided in Lebanon, Switzerland and Paris. In 1982 she returned to Egypt and lived an ordinary life in one of Cairo's apartments. She also held an art exhibition entitled "One Thousand Visions and Visions". She died in Cairo and was buried there. Upon her death, her three daughters came to accompany her body.