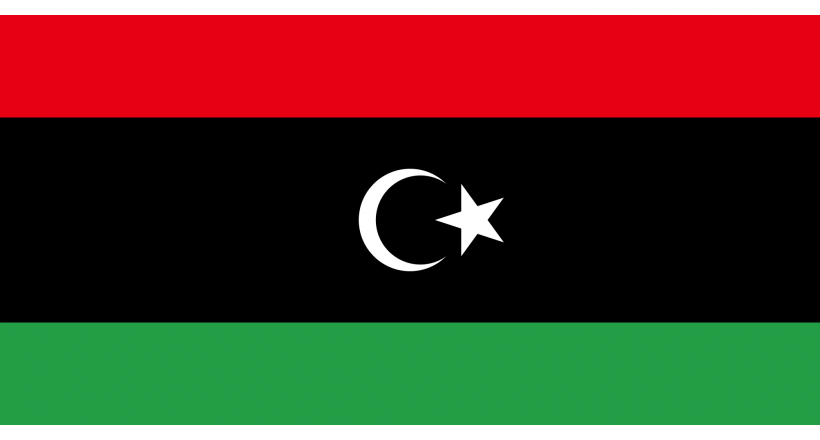 Libya is a North African country bordered by the Mediterranean Sea to the north, Egypt to the east, Sudan to the southeast, Chad to Niger to the south, Algeria to Tunisia to the west. It has an area of ​​approximately 1.8 million square kilometers (700,000 square miles), Libya is the fourth largest country in Africa and occupies the 17th largest country in the world and ranks ninth among ten countries with the largest proven oil reserves of a country in the world [ The capital of Libya is Tripoli, which is also the largest city in the country. It is located in western Libya and is home to more than one million people out of the country's population of more than 6 million. The second largest city is Benghazi, located in eastern Libya with a population of 700,000. Libya recorded the highest human development index in Africa and the fourth highest GDP in the continent for 2009, after Seychelles, Equatorial Guinea and Gabon. This is due to its large oil reserves and low population density. Libya is a member of a number of regional and international organizations and groups, including the United Nations, the African Union, the Arab Maghreb Union, the League of Arab States, the Non-Aligned Movement, the Organization of Islamic Cooperation, the Organization of Petroleum Exporting Countries and COMESA. Libya has been inhabited by the Berbers since the late Bronze Age. The Phoenicians established commercial centers in western Libya, while the ancient Greek Greeks established cities of countries in eastern Libya. Libya ruled for various periods by Persians, Egyptians and Greeks before becoming part of the Roman Empire. Libya was an early center of Christianity. After the fall of the Western Roman Empire, the Vandal occupied western Libya until the seventh century AD, when the Arab invasions and conquests arrived and Islam entered. In the sixteenth century, the Spanish Empire and the Knights of St. John occupied the city of Tripoli, followed by the Ottomans in 1551. Libya engaged in the wars of the barbaric coast in the 18th and 19th centuries under the independent rule of the Qaraman family until the Ottoman occupation ended and ended with the signing of an agreement between the Ottomans and Italy. The Italian colony of Libya from 1911 to 1943. With agreements made by the Italian colonizer of the state of Tripoli, the West, such as the agreement with France to abandon some of the lands of its Algerian colony in 1919 [in need of a source] and an agreement with the Sudan English, The 1919 agreement with the Egyptian kingdom in 1926 to limit between the two countries at longitude 25 ° degrees east longitude, made up the current international borders of Libya. During World War II, Libya was an important location for war in the North African campaign. Here the population density of Italians began to decline. Libya became an independent kingdom in 1951. In 1969, a military coup overthrew King Idris I, beginning a period of radical social change. The most prominent leaders of the coup were Moamer Kadhafi, who was ultimately able to concentrate power fully in his hands during the Libyan Cultural Revolution, to remain in power until the outbreak of the Libyan civil war or in the name of the revolution of February 17, 2011, NATO has since experienced Libya as a result of instability and political violence that have severely affected both the economy and oil production. It has also become a major conduit for what is known as illegal immigration through human trafficking networks that exploit refugees fleeing wars in Africa and the Middle East to Europe, prompting the European Union to conduct naval operations near the Libyan coasts to limit them. At least two sides are at odds with Libya's rule. While the House of Representatives and its interim government are internationally recognized as the legitimate authority and government of the country, it has no authority over the capital and surrounding areas. Instead, it meets in Tobruk in the far east. At the same time, Masami claimed the new National Congress was continuing its legal existence as the completion of the outgoing National Congress, which was dissolved after the June 2014 elections but was re-convened by a minority of its members. This situation remained until the signing of a political agreement known as the Skhirat agreement in Morocco. The Libyan Supreme Court, which is controlled by the militias of Fajr Libya and the National General Congress, announced that the Libyan parliament was held in Tobruk (unconstitutional) as well as its provisional government in November 2014, but the internationally recognized government rejected the ruling, which was declared under threat of violence. 5 parts of Libya are outside the control of either government, with some tribal militias, Islamists and rebels running some cities and regions. The United Nations has sponsored peace talks between factions based in Tobruk and Tripoli. An agreement was signed to form a unified interim government on 17 December 2015. Under the terms of the agreement, the Presidency Council is composed of nine members, while the interim government, called the National Reconciliation Government, consists of 17 ministers, with the aim of holding new elections within two years. 2016 Members of the new government arrived in Tripoli. However, the dispute remained with regard to some provisions of the agreement to keep the political and institutional division in the country with two governments, the Libyan interim government in Al-Bayda with the support of the House of Representatives in Tobruk and the Presidential Council of the National Reconciliation Government in Tripoli